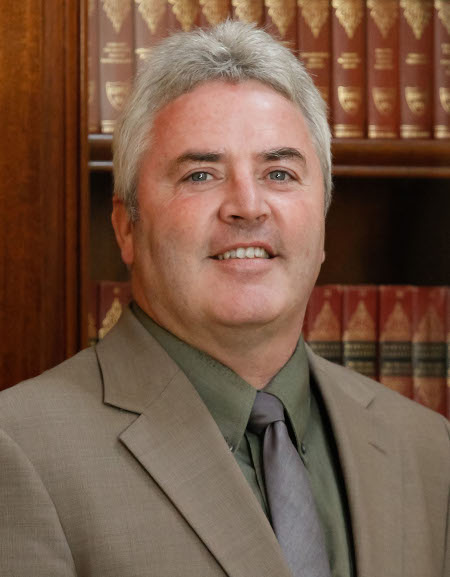 Thus at the age of 16, Paul began a new life in North America — one step closer to Thomas Aquinas College, where he would come first as a student, then as a tutor, and now as the new vice president for development and a member of the Board of Governors.

From Canada to California

On Christmas Eve, just seven months after the family emigrated to Canada, Carmel was tragically killed in an automobile accident, orphaning Paul and his seven brothers and sisters. Heroically, their Uncle Ed and Aunt Dorothy, already the parents of four, agreed to adopt the eight devastated children. “Their principal concern then, as it is now, is that all of us would be one loving family, brought up in the Catholic faith,” says Dr. O’Reilly.

To pay the bills, the newly expanded family undertook a succession of business opportunities, first opening a donut shop, then becoming loggers.

During his time as a student, Paul discovered that his avocation was not for business, but for philosophy. “My experience at the College helped me see the wisdom in the Catholic intellectual tradition,” he says. “It made me appreciate the fullness of the intellectual life as it is found in the Church.” The College also helped bring him to his vocation as the husband of classmate Peggy (Steichen ’84).

Indeed, it was his own devotion to his students these past 22 years that gave Dr. O’Reilly a moment’s pause when President Michael F. McLean asked him to become the College’s new vice president for development. “Stepping away from the classroom has its difficulties,” he admits, even though, in keeping with College policy, he still teaches one class per semester. Yet leading the effort to make the College’s education affordable for the 70 percent of students who receive financial aid has its own rewards. “It is a real joy coming to know the College’s benefactors,” he observes. “They make everything we do here possible. They are so inspiring in their dedication to the good of the College and their desire to help.”

As he takes on his new job, Dr. O’Reilly says he will draw strength and support from his wife of 26 years, Peggy, and their 12 children — the second of whom, Cathleen, graduated from Thomas Aquinas College this spring. Recognizing how the College has touched their lives has only increased his desire to give back to his alma mater. “It is because I see the good of the College — what it has done in my life and in the life of my wife, my children, and all of the alumni — that I agreed to take on this position,” he says. “I am willing to do anything I can do to help the mission of the College.”