For two weeks at each location, students from around the country and abroad delight in spirited conversation, engaging firsthand some of the best works of the past 2,500 years. They read and discuss texts selected from the masters of the Western intellectual tradition, including Plato, Euclid, Shakespeare, Pascal, and St. Thomas Aquinas. Although the different venues feature attractions and outings particular to their locales, both are centered around the College’s unique program of Catholic liberal education.

Whether on the West Coast or East, the High School Summer Program is a time for forging new friendships, for enjoying the give and take of rational argument, and for pursuing the truth, which civilizes, ennobles, and liberates. 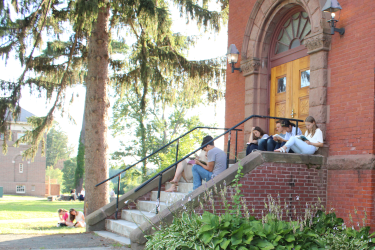 Through serious consideration of questions which deeply concern each person — and the whole of society — the Summer Program at Thomas Aquinas College encourages wonder and leads participants toward wisdom.

Why the Great Books?

The Great Books are the seminal works in all the major areas of learning, including mathematics, science, literature, philosophy, and theology. In studying and discussing these works, rather than textbooks, students encounter the greatest minds of Western civilization.  The great books open up for the student the truth about reality. Studied carefully under the light of the Faith, they animate the minds and hearts of students, satisfying the hunger for the truth that makes men free.

The Curriculum & the Discussion Method 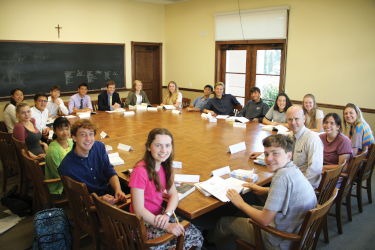 During the first week of the program, discussions focus on questions concerning our sometimes conflicting obligations to honor and obey our parents, political leaders, and the Divine — questions raised by Sophocles in Oedipus Rex and Antigone, and by Plato in the Euthyphro. The account of the creation and fall of man in Genesis prompts a discussion about the Divine plan, human nature, and free will. Kierkegaard’s Fear and Trembling, Pascal’s famous essay on the “wager,” and St. Thomas Aquinas’s fifth proof for the existence of God all occasion considerations of the right relation between faith and reason. The great French naturalist J. Henri Fabre argues for purpose and order in nature, confronting those who, like some pre-Socratic philosophers, subscribe to the perennial idea of a godless universe, purely material and existing by chance.

Much of the second week centers on Euclid’s Elements, which demonstrates the intelligibility, order, and accessibility of mathematical ideas when understood from their first principles. In the afternoons the curriculum continues by addressing more fully many of the great questions that arise throughout the program with a reading of Boethius's classic work, The Consolation of Philosophy. The curriculum concludes with Flannery O’Connor’s short story “The Enduring Chill,” which revisits the earlier questions about death and life, arrogance and docility, and the grace that saves.

Classes are conducted, like all classes at Thomas Aquinas College, using the Discussion Method, guided by members of the teaching faculty. Class size is limited to 17 students in order to allow each student the opportunity to contribute to the discussions. 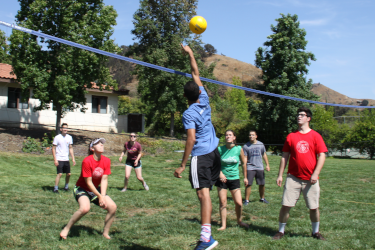 Both locations are ideal for recreation of all sorts. In addition to daily sports, occasional movies, and hiking, the program includes excursions to local attractions. In California, students will visit the Getty Museum, take in a concert at the Hollywood Bowl, and head to Santa Barbara for volleyball on the beach and an exploration of the historic city. In New England students will visit Boston and the Freedom Trail, take in a concert with the Boston Symphony Orchestra at its summer home in Western Massachusetts, kayak along the Connecticut River, and hike nearby Mount Monadnock.

Thomas Aquinas College is genuinely Catholic and has a rich sacramental life. During the Summer Program, Mass will be offered daily and a chaplain will be available on campus at all times. 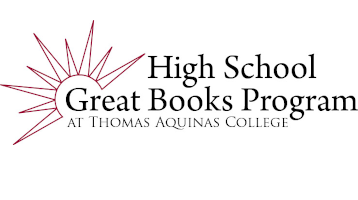 Read the Great Books with excursions to the beach, the Hollywood Bowl, and the cultural attractions of Los Angeles and Santa Barbara.

Spend two weeks learning from the greatest thinkers of Western civilization, while taking in the history of Boston and the beauty of the Connecticut River Valley.