In the early morning hours of August 28, 2009, Thomas Aquinas College lost a member of its Board of Governors and one of its dearest friends, Dr. Harry G. Browne, who died in his sleep, unexpectedly but peacefully, at his home in Sparks, Nev.

A graduate of Yale University and Cornell University Medical College, Dr. Browne was vice president of Therapeutic Antibodies, Inc., in New York; a clinical assistant professor of pathology at Vanderbilt University School of Medicine; and a specialist in tropical medicine. His passion for travel and foreign languages led him to conduct research and open businesses world over, including in Mexico and Egypt. A lover of ideas and words, Dr. Browne delighted in debate and wrote number of short stories, often set in North Africa. He is survived by his wife, Jean, as well as five of their six children and 10 grandchildren.

“Harry Browne was a man of great intellect, deep faith, and extraordinary generosity,” says Thomas Aquinas College co-founder Peter L. DeLuca. He was always a proud spokesman and ambassador for the College, wherever his journeys took him.”

A scientist and physician with a profound devotion to Christ and His church, Dr. Browne embraced the harmony of faith and reason to which Thomas Aquinas College aspires. “Truth is important — in the spiritual and the material realms,” he remarked in 2004. “In the scientific world, all too often, truth is cast aside in favor of hard, cold facts. But to be a good scientist, you can’t reject one type of truth or one type of knowledge. If you do, you’re going to start with a potentially weak premise and probably not know how to check your conclusions as you go along. The practical sciences necessarily depend on theoretical knowledge. A doctor of medicine like myself should be the type of person that is very interested in philosophy, reality, religion, and even revelation.”

The son of an early benefactor and member of the Board of Governors, Margaret Gray Browne, Dr. Browne faithfully continued his family’s tradition of supporting the College. After Mrs. Browne retired from the Board in 1983, her colleagues elected Dr. Browne to replace her, a position he held from 1985 until his death.

A generous benefactor, Dr. Browne was a member of the President’s Council since 1976 and was inducted into the Order of St. Albert the Great in 1998. He was a regular participant at the College’s Summer Seminar weekends for President’s Council members, and he helped host receptions and golf tournaments on the College’s behalf. Just four days before his death, he was on campus for Convocation and a meeting of the Executive Committee of the Board Governors.

In 2007, Dr. Browne was overjoyed when his son John Douglas Browne II (Doug), a successful entrepreneur and farmer, enrolled at the College at the age of 41. Tragically, Doug was forced to leave the College after only a few months due to a struggle with kidney cancer, which claimed his life one year later. Many of his fellow members the Class of 2011 joined Dr. Browne and other members of the Browne family for an on-campus memorial Mass last winter.

On Friday, October 2, 2010, the College likewise held a memorial Mass for Dr. Browne in Our Lady of the Most Holy Trinity Chapel. May his soul and the souls of all the faithful departed, through the mercy of God, rest in peace. 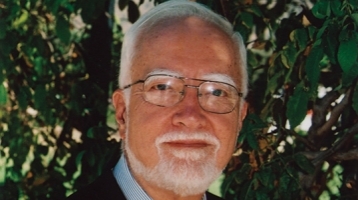