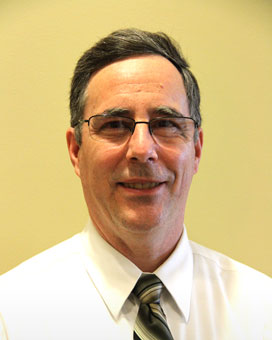 There was something about Thomas Aquinas College that compelled Jean Rioux to seek an undergraduate education some 2,700 miles from his native Maine in 1978. It is that same something that Dr. Rioux now tries to pass along as chair of the Department of Philosophy at Benedictine College in Atchison, Kansas.

In part, by choosing Thomas Aquinas College, Jean was simply following the lead of his brother, David (’75), and sister, Therese (Susanka ’76). He wanted what they had.

Dr. Rioux remembers watching the exchanges between his siblings and their Thomas Aquinas College classmates during their visits home, and being struck by the “intensity of their conversations.” He was intrigued — and awed. “I had never seen that kind of intensity in intellectual discussions,” he says. “Ever.”

After matriculating at the College, Dr. Rioux came to realize “that the Catholic Church has an intellectual tradition including philosophers, scientists, and historians that’s really second to none — that the secular world has nothing comparable. At Thomas Aquinas College, you see it in work after work after work. There is something about Catholicism that’s true and right, worthy of studying and worthy of defending.”

“If you come to the College with any spark of faith at all,” he adds, “it’s fanned into flames. That’s certainly what happened to me.”

It was at the College that Dr. Rioux developed his love for philosophy and also met the love of his life, Maria (deWit ’84). The two married one year after his graduation in 1982 and moved to Houston, where Dr. Rioux obtained his master’s degree and doctorate at the Center for Thomistic Studies at the University of St. Thomas. From there, the couple relocated to Kansas, where Dr. Rioux has since taught at Benedictine, and they raise nine children.

Sharing the Wealth
Inspired by his experience at the College, Dr. Rioux has sought to incorporate elements of its curriculum and pedagogy at Benedictine. “I have a very strong tendency to use primary sources over secondary sources,” he says, as well as “to range beyond the boundaries of my own discipline.” Both of these inclinations, he believes, “come directly from Thomas Aquinas College.”

“We have separate majors at Benedictine,” says Dr. Rioux, “which a lot of students find attractive, but the disadvantage is that their education is more narrowly defined.” To broaden their intellectual experience, Dr. Rioux tries to implement “integrated sequences” into the curriculum. “Everything I do is striving to connect different things, rather than to give students specialized knowledge in some area,” he explains.

For example, over the last decade Dr. Rioux has developed and participated in a number of interdisciplinary sequences of courses using the great books. Most recently, he and the chair of Benedictine’s Theology Department have jointly offered an integrated, great books-based, “Faith and Reason” sequence of classes between their two departments.

“It is very much like what you would find at Thomas Aquinas College,” he says. “We have reading assignments. There are opening questions. It’s more like a tutorial than a seminar, but the students drive the discussion for the day, and they very much enjoy that.”

Dr. Rioux has also included in his philosophy classes more of the works of St. Thomas Aquinas — which, at many campuses, are all too often relegated exclusively to the Theology Department. “For my part, I’ve become better at disposing students, first, to listen to and, second, to understand the wisdom of St. Thomas. For their part, students are then more able to learn what they must to see the universality of St. Thomas’ thought for themselves, which has been my aim all along,” he notes.

Perhaps not coincidentally, over the course of Dr. Rioux’s tenure at Benedictine, the number of students majoring in philosophy has tripled.

Like Father, Like Daughters
There is a personal drawback to this fine work, however: It has compelled Dr. Rioux’s two eldest daughters to seek an undergraduate education some 1,400 miles from their native Kansas.

Despite initially studying under their philosopher-father at Benedictine, Michelle (’07) and Angela (’10) ultimately transferred to his alma mater in California. “They were strongly attracted to Thomas Aquinas College on account of the seminar-style method of instruction and the use of primary texts,” Dr. Rioux says. “And, frankly, they came to love this method as the result of taking one of my own classes when they were here.”

Yet Dr. Rioux can hardly begrudge his girls’ decision. They only wanted what he had.