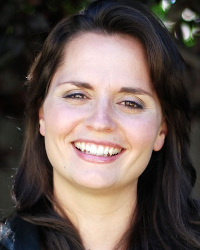 Dr. Lane (Smith ’04) Scott“Consuming politics in the same way we root for our favorite sports teams is comfortable,” writes Dr. Lane (Smith ’04) Scott in American Greatness, the political website for which she serves as an assistant editor. “We flatter ourselves that we are an informed, self-governing people because we keep track of politics with traditional media outlets. The past week has — or should have — removed this comfortable illusion.”

A scholar, a farmer, a writer, and a homeschooling mother of five, Dr. Scott takes to task fellow conservatives and Christians who grouse about last week’s election without taking stock of their own involvement in it, or lack thereof. “Real political action takes time and sacrifice. Self-rule — self-government — is much more difficult than spectator politics,” she contends. “We must show up at the polls — not just to vote, but also to work, observe, and oversee.”

Ultimately, Dr. Scott concludes, those who preach individual responsibility have little business pointing fingers over their political disappointments. “Shock and scandal at the impotence of our news channel, our political party is, in reality, disillusionment with ourselves,” she observes. “We are a self-governing people and we feel like we have no say in our government. Whose fault is that?”

The full article is available via American Greatness.