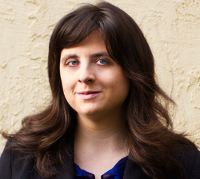 Katrina Trinko (’09)Writing for the Daily Signal, of which she is the managing editor, Katrina Trinko (’09) analyzes the deeper meaning behind Rep. Eric Swalwell’s recent, disastrous performance on Fox News, in which he tried to avoid a simple question about abortion from host Tucker Carlson: “Do you think it is the taking of a human life?” (See video, above.) The California Democrat tossed out all the usual pro-abortion talking points, but never addressed Carlson’s inquiry head-on, despite numerous opportunities.

Congressman Swalwell’s constant deflection, writes Miss Trinko, “really gets to the gist of the abortion debate, which is this: Is the unborn baby human or not, and if not human, at what point does she become human?” It is a question that defenders of abortion cannot well answer, she explains:

But if the baby is human … it’s horrifying that our society wouldn’t protect her life, just because she’s in a vulnerable, dependent position. …

If you’re going to make public policy about who lives and dies, it’s relevant who is human and who’s not.

The Swalwell-Carlson exchange, Miss Trinko notes, calls to mind a similar episode from late 2015, when another California Democrat, House Minority Leader Nancy Pelosi, could not bring herself to answer the question, “Is an unborn child 20 weeks into pregnancy a human being?” The questioner pressing Mrs. Pelosi was another alumna of the College — Lauretta Brown (’13), a reporter at Cybercast News Service: