Alumnus Author Proposes a Post-Facebook Return to the Tangible

The Cambridge Analytica saga, followed by Mark Zuckerberg’s testimony before Congress, has prompted, among many, a certain fatalism bordering on despair. Yes, it’s a shame that privacy is dead in the age of relentless datamining, most commentators concede, but what alternative is there? Life on the grid may have its shortcomings, but who among is so brave as to venture off of it? 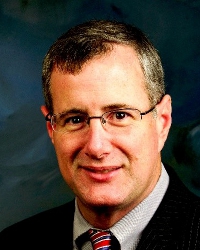 K. E. Colombini (’85)To which alumnus author K. E. Colombini (’85), writing in Crisis, offers a refreshing perspective: Perhaps there is a middle ground; and perhaps the angst over the excesses of Facebook may just lead to a cultural shift toward moderation in our virtual lives.

“In the digital world, it’s not just data at risk, but the truth itself, in this era where rumors, attacks and ‘fake news’ spread so much more quickly at the swipe of a thumb across a screen,” writes Mr. Colombini. “With the impetus to always be sharing, we have lost the ability to read and reflect on the news of the day, on subjects of paramount importance for human dignity and world peace.”

Thus Mr. Colombini proposes a (partial) return to “analog” technologies, such as books, board games, and newspapers, which allow for a slower, more deliberate and deliberative pace of life than their digital replacements. Citing the 2016 book, The Revenge of Analog: Real Things and Why They Matter by David Sax, Mr. Colombini predicts that the cultural moment may be ripe for “a new realization of the unique value of the truly tangible in a world of touchscreens.”

A former journalist and political speechwriter who now works in corporate communications, Mr. Colombini writes periodically for Crisis, the National Catholic Register, and Homiletic and Pastoral Review. A father of five and grandfather of two, he lives with his wife, Elizabeth (Milligan ’86), in suburban St. Louis.

The full text of his latest article, Analog Technology Takes on the Digital Juggernaut, is available — alas, in digital version only — via Crisis.