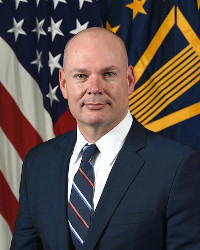 In his new position, which he assumed in November, Mr. Alexander is the principal advisor to the Secretary of Defense and the Under Secretary of Defense for Policy on all counterterrorism, special operations, counter narcotics, peacekeeping, humanitarian assistance, and stability operations. He also provides oversight of all organizational, training, and equipping activities for United States Special Operations Command and oversees a $14 billion budget.

“I rely on the College’s training each and every day,” Mr. Alexander says of his undergraduate education. “Foremost is the ability to quickly analyze and methodically resolve complex matters; then, to prioritize sound facts and morals in my decision making. I am never afraid to defend a position rooted in these fundamentals.”

The book from his liberal education which he credits as having made the most lasting impression? Alexis de Tocqueville’s Democracy in America.