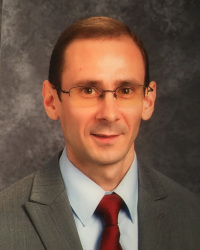 Louis Knuffke (’16)Only four years since his graduation, Louis Knuffke (’16) has been named the headmaster of the Chesterton Academy of Annapolis, Maryland. “Chesterton Academy offers an integrated, Catholic, liberal education that prepares its students for the fuller pursuit of the liberal arts, literature, the natural sciences, philosophy, and theology at the collegiate level,” says Mr. Knuffke. “It draws upon the perennial wisdom and richness of Western culture through the use of primary texts and Socratic discussion, taking inspiration from the wit and insight of its patron, G.K. Chesterton, now servant of God.”

After graduating from the College in 2016, Mr. Knuffke earned a Master’s in Theology at Ave Maria University and a Licentiate in Theology at the Dominican House of Studies. Over the years he has taught and tutored a variety of subjects — such as Latin, Greek, English, geometry, algebra, pre-calculus, and theology — at various schools, including  St. Michael’s College Prep in Silverado, California, the Mother of Divine Grace distance-learning school, and Queen of Apostles School in Alexandria, Virginia.

“As Headmaster of Chesterton Academy, I hope to guide the school in maintaining a clear vision of the essentials of Catholic liberal education,” says Mr. Knuffke. “It is the education that I received at Thomas Aquinas College, as well as my further studies in Thomistic theology, that have given me a deeper understanding of the path of knowledge from its beginning in logic to its culmination in sacred theology.”

Among Mr. Knuffke’s teachers at Chesterton Academy will be a fellow TAC graduate, Joseph Rivera (’17), who teaches Latin. “It has been a great joy to pursue the intellectual life in study and teaching together with fellow alumni while at Ave Maria University, in Washington, D.C., and now at Chesterton Academy,” Mr. Knuffke observes. “I am forever grateful to Thomas Aquinas College for these friendships and for its serious pursuit of wisdom through the arts and sciences. It is this wisdom that I hope to hand on now to the students at Chesterton Academy of Annapolis.”