“The buildings that most Americans know best and cherish reflect the ideas and values of the classical tradition,” writes architect and author Allan Greenberg in City Journal, “and its revival is cause for celebration.”

In a lengthy article, Mr. Greenberg notes that in the last decade there has been a “reemergence of architects who have studied classical architecture, and new classical buildings are once again being constructed.” He then discusses four architects who are “leading representatives of this movement,” including Duncan Stroik, design architect of the College’s Our Lady of the Most Holy Trinity Chapel. 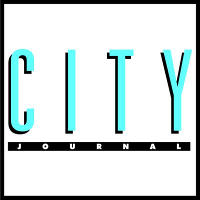 Below are M. Greenberg’s reflection on the campus and its crown jewel:

Santa Paula, in Southern California, is home to another exemplary new classical building, on the campus of Thomas Aquinas College. In 1971, when the school was founded, American architects were arguing the merits of brutalist concrete buildings versus postmodernism and neo-modernism. The college instead looked to Thomas Jefferson’s “academical village” at the University of Virginia for inspiration. It was a bravely unfashionable choice. Thomas Aquinas’s first set of campus buildings, situated around a central lawn and lined with arcades, were designed in a simple Mission style, evoking California’s early Spanish churches.

When it came time to build the campus’s crowning feature, a church, the college president asked architect Duncan Stroik to design a structure with room enough for the entire student body and faculty. The president wanted a traditional cruciform church with an interior of columns and arches and a dome. He also suggested that it reflect the school’s “great books” liberal arts program, and so be a kind of survey of great architecture: early Christian, Renaissance, Romanesque, Baroque, Spanish, and so on.

Part of the challenge, as Stroik describes it, was to develop “ideas based on what we’ve seen in the past 500 years, to make it a complex building.” Stroik sought to learn from the masters and evolve the tradition. Inspired by the early Florentine Renaissance churches of Filippo Brunelleschi (1377–1446) and by the classicist architecture of Californian Arthur Brown (1874–1975), the $23 million Our Lady of the Most Holy Trinity Chapel, dedicated in March 2009, elegantly complements the surrounding Mission-style buildings. It also establishes a classical architectural presence that enriches the entire campus. Stroik’s design centers on a cruciform plan, with a dome above the intersection of nave and transept; the exterior is carefully designed to focus attention on the entrance and side tower. Inside, a columnar arcade supports a barrel-vaulted ceiling and separates the nave from the side aisles.

The reaction to the church has been overwhelmingly positive. It has become the center of campus life for this Catholic college, a welcoming place in which to pray or ponder the mysteries and challenges of life.

The full story is available via the City Journal website.