The Marian Vocation of the Philosopher

Note: The following essay was the runner-up in the 2015 Father Michael J. McGivney National College Essay Contest, sponsored by the Pontifical John Paul II Institute for Studies on Marriage and Family at The Catholic University of America. 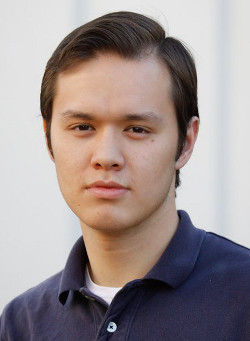 Jonathan Culbreath (’17)Philosophers and theologians through the years have often struggled with the problem of the relationship between philosophy and theology, and more fundamentally between faith and natural reason. Modern thinkers tend to see religion as a hindrance to intellectual freedom, and dogmatic belief as incompatible with the fluid and subjective nature of philosophical opinion. Even among Catholics, philosophy and theology are often divorced in practice. But Pope St. John Paul II, following St. Thomas Aquinas, argues in his encyclical Fides et Ratio that faith and reason, far from being opposed, are “like two wings on which the human spirit rises to the contemplation of truth.”1 The Pontiff concludes the encyclical with an analogy between philosophy and the Blessed Virgin Mary, illuminating the relationship between philosophy and theology, and between reason and faith. This connection to Mary, perhaps odd to the modern thinker, is in fact a necessary reminder of the authentic vocation of the philosopher.

Pope John Paul writes that “between the vocation of the Blessed Virgin and the vocation of true philosophy there is a deep harmony.”2 Throughout her life, Mary displayed a perfect order between the human and the divine, the former in service to the latter. By reason of her divine motherhood, Mary was granted a fullness of grace that rendered her perfect beyond imagining. Mary is thus the prime example of nature perfected by grace — a nature whose vocation, indeed, is to be thus perfected. And as St. Thomas writes, “since therefore grace does not destroy nature, but perfects it, natural reason should minister to faith,”3 — just as Mary ministered to the Lord (emphasis mine). “Behold I am the handmaid of the Lord …”4 Herein lies the “deep harmony” between Mary and philosophy. Thus, the term “handmaid” has likewise been attributed to philosophy itself, in relation to theology.

Continuing, Pope John Paul writes: “Just as the Virgin was called to offer herself entirely as human being and as woman that God’s Word might take flesh and come among us, so too philosophy is called to offer its rational and critical resources that theology, as the understanding of faith, may be fruitful and creative.”5 This statement rests on the traditional Catholic doctrine according to which Mary plays an integral role in the mysteries of the Incarnation, Passion, and Death of Christ. It was through Mary that God deigned to send His only-begotten Son into the world to perform the all-encompassing sacrifice to the Father. Hence, Mary has earned the title of Co-Redemptrix, not only because she bore Christ in her womb, but also as because she participated in His whole life as a fellow actor and sufferer. Moreover, she has earned the title of Mediatrix of all Graces, for through her most intimate participation in the life of the God-man she was given the power to communicate the graces of God to all the faithful; thus she is the bearer of Wisdom Itself even now. In these ways, Mary was and continues to be the instrument of God’s work: God and His graces are made known through the motherhood of Mary. Likewise, philosophy has the role of contributing to theology itself, which is the making-known of God. As St. Thomas writes, “this science [theology] can in a sense depend on the philosophical sciences, not as though it stood in need of them, but only in order to make its teaching clearer … Therefore it does not depend upon other sciences as upon the higher, but makes use of them as of the lesser, and as handmaidens”6 (emphasis mine).

For these reasons, by analogy to Mary, one may argue that the best philosopher is the Catholic philosopher, inasmuch as his work of philosophical reasoning is inspired by and at the service of faith. His philosophical pursuit, moreover, will be guided by the sources of divine revelation in Scripture and Tradition. As St. Thomas Aquinas writes, divine revelation is necessary not only that man might attain those truths which are above his reason, but also so that even in those things which pertain to reason he might be rightly guided, for he rarely attains knowledge of such things without some admixture of error.7 Moreover, it pertains to theology to judge concerning all other sciences; thus, “whatsoever is found in other sciences contrary to the truth of this science [theology] must be condemned as false,”8 and whatever true adopted and elevated by faith. Thus, like Mary, the authentic philosopher places himself at the disposal of the divine truth which is the object of his pursuit; and again, like Mary, the philosopher’s liberty is not thereby limited, but perfected. Thus Pope John Paul writes, “just as in giving her assent to Gabriel’s word, Mary lost nothing of her true humanity and freedom, so too when philosophy heeds the summons of the Gospel’s truth its autonomy is in no way impaired. Indeed, it is then that philosophy sees all its enquiries rise to their highest expression.”9

An examination of the Thomistic concept of wisdom may reveal more clearly how Mary exemplifies the pursuit and attainment of wisdom. St. Thomas, followed by St. John Paul II,10 uses the word “wisdom” in three different but closely related senses.11 Firstly, there is the wisdom of the philosopher, secondly, that of the theologian, both acquired as a result of human effort and learning. The one is acquired on the basis of natural reason, the other under the light of revelation and supernatural faith. Both of these forms of wisdom reflect, and even dispose the soul towards, a third and higher wisdom, which is a gift of the Holy Spirit. Philosophical and theological wisdom presuppose and nourish a love for the truth which disposes the soul for the reception of the infused wisdom of the Holy Spirit. This infused wisdom is purely a divine gift, unattainable by learning, for involves the most perfect form of knowledge of divine things that man can have in this life: the “suffering” of divine things, knowledge by connaturality to the thing known, an experiential encounter of God, an intuitive vision of the divine Truth (lacking the clarity of eternal beatitude); in a word, contemplation. This contemplation surpasses the speculative knowledge which either the philosopher or the theologian can acquire, and yet it is their end. In contemplation, one is permitted to taste (sapere) the realities themselves which the philosopher and the theologian know in an abstract way. This is wisdom at its highest perfection, as suggested by the Latin word sapientia — “wisdom” — which comes from the verb sapere – “to taste.”

What better example is there of one who tasted the divine sweetness, who knew the Goodness and Truth of God at an intimate level of experience, than the person of Our Lady herself? She who bore Christ in her womb, held Him in her lap, nursed Him at her breast — if any human being could claim to be truly wise, it is she. Throughout her life, she who was “full of grace” exhibited a profound love of and submission to the truth, for she had been predestined by God to become the bearer of Wisdom. In giving birth to Christ and partaking in His life and work, she possessed Wisdom in the most perfect degree ever granted to a human being. Blessed John Henry Cardinal Newman, reflecting on Mary’s title Seat of Wisdom, writes: “Mary has this title in her Litany, because the Son of God, who is also called in Scripture the Word and Wisdom of God, once dwelt in her, and then, after His birth of her, was carried in her arms and seated in her lap in His first years. Thus, being, as it were, the human throne of Him who reigns in heaven, she is called the Seat of Wisdom.”12

Thus, Mary ought to serve as a prime exemplar of the philosophical vocation. By her complete submission to the word of Gabriel and her predestination to divine motherhood, she proved herself a perfect lover and servant of Wisdom Itself. The philosopher who imitates Mary in this respect, and approaches her as his own patroness, is bound to benefit greatly from her intercession. Pope John Paul II laudably concludes Fides et Ratio with an invocation to Mary, that she would be “a sure heaven for all who devote their lives to the search for wisdom.”13 May all philosophers look to Mary for guidance, grace, and inspiration.