An Interview with Robert Barbera, Founder of the Mentoris Project

A member of the Thomas Aquinas College Board of Governors, Robert Barbera is the founder and CEO of Barbera Property Management, which owns several businesses in California’s San Gabriel Valley. He is also a dedicated philanthropist, having given generously to numerous educational and cultural foundations. For the last two years, he has dedicated his philanthropic energies primarily to an undertaking of his own creation: The Mentoris Project, which publishes biographies and novels based on the lives of prominent Italians and Italian- Americans, from Cicero to Columbus to St. Frances Xavier Cabrini. The project has already published 18 books, with dozens more in development.

In the following interview, Mr. Barbera discusses the Mentoris Project, its purpose, and its future.

How did the Mentoris Project come about? 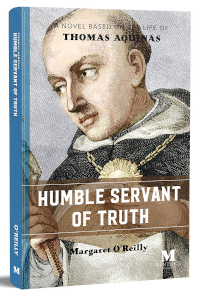 In high school, when we would study great people, we wouldn’t hear so much about the people themselves, but more about a particular battle or an epic scenario of some kind. I always thought there was a void there. I wanted to know more about the person, the person’s background and family. What were the circumstances in which these people came about? We learned about what they accomplished, but I wanted to find out how they got there.

For years I wrote columns about prominent Italian-Americans for an Italian-American newspaper, and often I would come across the name of someone I found to be of interest. I would run to the library and pick up books about their life story, but I never had too much time to read them because I was always putting out another article. So when I got to the point where I had an opening to develop this series of books, I knew whom I wanted to promote, whom I wanted to find out more about. This series offers a way to learn about the beginning of their lives, the circumstances in which they were raised, and how they came to do their great deeds.

Then I was extremely fortunate to find someone who actually had created a school of writing, and who agreed to be the editor for this project, someone who could find the authors and oversee the research and manuscript-writing for the kind of books that I wanted to develop.

You are referring to Ken LaZebnik, the Mentoris Project’s managing editor?

Yes. Several years ago I was fundraising for a library when I met Ken, who was hired as a fundraiser and to run programs there. They were happy to have him, but he said his greatest desire was to run a school for writers. Ken was once the head writer for the television program Touched by an Angel, which had a lot of love and charm in it. I remember thinking, “I know I have the right man. This fellow comes from a good background, and he’s able to put together good stories.” I knew then. He and I fit together extremely well.

What do you hope to achieve with the series?

I am so disappointed with news we see every day: Who killed whom, who shot whom, what happened to this person. I think we are polluting our culture with it all. So I hope that if we produce books about good, positive influences — mentors, which is where the project gets its name — we will be able to reach people in a way that will enlighten and inspire them above and beyond all the negativity.

Who are some of these mentors?

We have more than 50 books coming out about people from all walks of life. I wanted to cover many, many fields, so that readers would be able to find a book in any area that appealed to them, whether it was, for example, the law (Cicero), science (Fermi), religion (Aquinas), or art (Da Vinci). At first I thought of only one or two books. Then it quickly went up to 20, and then I couldn’t stop! I finally forced myself to stop at 50.

Why have you focused on Italians and Italian-Americans?

Italian-Americans have had so much embarrassment with the underworld being put up in front of us in film and in the entertainment industry, along with so much negative news about corruption. I have experienced it firsthand: Growing up, because I became wealthy, people thought I must belong to the mafia. This irritation was beyond the pale! My grandfather was killed by the mafia. I have a huge antagonism to the mafia.

So that was evolving in my mind when, in 1994, I met Supreme Court Justice Antonin Scalia. And he said to me, “Robert, let’s stop with this sense of victimization. Let’s talk about the good things that we accomplish. Stop feeling guilty about some association of people — spend your time talking about positive things.” And I thought, “He’s got it. He is exactly right. We don’t want to spend our time arguing about negative images. We want to develop positive images.”

The way to do that, then, was to pick the kind of people who were just good people, and I’m hoping that the spirit of this project will override all the negative stereotypes. I would also like to start a project about prominent Jews and their life stories. When I was younger, most of my employers were Jews, and I would like to honor their accomplishments and contributions, too.

How did you choose your writers?

The thing about these books is that we can’t overlook anything tainting about the lives of the subjects that could embarrass the Mentoris Project in any way. I’m not implying that these people are perfect, but I did want to make sure that we would hire manuscript writers whom we could trust to be thorough in their research and to do a good, balanced job. Some of our authors have flown from Toronto to San Francisco, from Los Angeles to Washington, some as far as Italy to find material.

I also wanted to choose writers who were talented but unknown — that is, people who are unknown at the moment, but it’s now time for you to know them. Every writer is so happy that this unusual project was put in their hands. They are so pleased. One of the writers is an alumna of the College: Peggy (Steichen ’84) O’Reilly has written our book about Thomas Aquinas.

Who is the intended audience for these works?

The whole idea was that the books can be read by anyone who can read a newspaper. There’s no intention whatsoever to make the books scholarly. If something was coming out too complicated, we had the authors rewrite it. It’s not intended to take the place of a course at a university; it’s for ordinary people to read and enjoy. For that reason, I decided early on that these would not be hardcover books. I wanted softcover books so that they would be as inexpensive as possible. We are also publishing them as E-books, and that, of course, makes them even more affordable — and therefore accessible — for everyone.

Is that part of the reason why you chose to go with a mix of biographies and novels?

That’s right; it broadens the audience. That also evolved, though, because of the writers themselves, who found that, in honesty, not all of the material that comes through the ages can be thoroughly researched and verified. Sometimes the authors have to fill in the gaps, and so then we turn to historical/biographical fiction.

How are you promoting or distributing the books?

We began by developing a website, which explains the purpose of the project in a way that is beautiful, charming, and encouraging. That was our kickoff for merchandising. Now we are developing opportunities for how to buy the books and how various groups can profit from promoting them. I have been going around to different organizations and finding opportunities where I can reach a minimum of 50 to 150 people who would listen to find out about the books. Two of our writers are also homeschooling moms who are preparing questionnaires for each book so that students can use them for homeschooling. If we can get into schools, if I can get into other organizations, if I get into clubs, if I can get it as part of the syllabus in a college, you know — on and on.

You are also using the project to support worthy organizations.

Yes, we are giving back a royalty to the groups that support the project. I’m developing a strategy so that when a particular group decides to sell the book — nonprofits, religious groups, fraternal organizations — they will get all of the profits. That includes Thomas Aquinas College, which will get all the profits from all of our books about saints.

Have you thought of expanding the project to screenplays?

That’s a possibility. Mentoris has retained all the rights. For that to happen, though, we first need to make sure that we write something truly good, something that can withstand the test of time. I am confident that we are doing that. Some of these books bring me to tears. They have such a good message that I actually swell up in my eyes! Sometimes when I pick up a manuscript, I can’t stop reading it. That’s when I know it’s good, when I don’t want to stop or even eat, I just want to keep going with this. When the book is truly engaging, you don’t read for 10 minutes and then walk away; you just keep reading it, because you want to know more and more and more. I so much admire the people that we are writing about and the writers who are writing it.

And isn’t that the point — to inspire your readers?

Yes it is. We want to reach people, especially young people who can still take the right turns, to make the right moves in their lives. At least for me, anyway, it would be beyond my intellectual ability to truly know the people we are writing about, to know them as they really were, but maybe we can come to better understand them by seeing how they became the people they were.