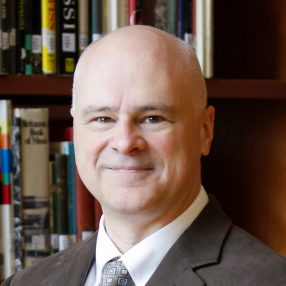 Although the son of a philosophy professor, Michael Augros took little interest in the subject until he was 18 years old. One of his teachers at Merrimack High School (New Hampshire) tried to organize a debate on abortion, but scrapped the plan when he could find only one student — Mike — willing to argue the pro-life side. Thence followed several outside-the-classroom conversations that whetted the senior’s appetite for argumentation. So Mike approached his father, a member of the philosophy department at St. Anselm College, who in turn introduced him to Plato.

“I read through all of Plato,” Dr. Augros recalls, but “I wanted something more definitive than I was getting.” His father then recommended the works of Plato’s most famous student. “I read the opening of Aristotle’s Metaphysics,” Mike continues, “and that’s when my fate was sealed. I knew I wanted to do this for life.”

A gifted artist, Mike passed up an offer to attend the prestigious Rhode Island School of Design, opting instead to study at St. Anselm. During his freshman year, however, he was disappointed by his inability to find classmates who shared his zeal for intellectual conversation. “But I had this teacher,” he pauses, “Paul O’Reilly” — a 1984 Thomas Aquinas alumnus who would go on to join the College’s faculty in 1989. “He saw my frustration and recommended that I apply to Thomas Aquinas College.”

After completing his freshman year at St. Anselm, Michael became a freshman again, enrolling at the College in 1988 along with his younger sister, Hélène (Froula ‘92). “I really flourished here,” he says, recalling his love for the curriculum, the enduring friendships that he formed, and the opportunities he had to deepen his faith. “I was made for this program. It was everything I was hoping it would be.”

Upon graduating in 1992, Michael traveled east to undertake graduate studies at Boston College. There, he was reacquainted with an old friend from high school, Amy Desrosiers, with whom he would soon fall in love and then marry just one year before completing his doctoral work in 1995.

That fall, Dr. Augros returned to his alma mater, where he would spend the next three years as a tutor, a time which was professionally fulfilling but personally challenging. “I never wanted to leave teaching here,” he says, but adapting to life on the West Coast proved difficult for his family, especially for his wife, who was a new convert to the Faith and away from home for the first time with small children. “We wanted our kids to know their aunts, uncles, cousins, and grandparents” — all of whom were 3,000 miles away.

“It was very painful to leave the College, but I realized my family needed me to be somewhere else,” Dr. Augros says. Thus he accepted an offer to teach at the North American campus of the Pontifical University Regina Apostolorum, a Catholic seminary in Thornwood, N.Y.

For 11 years, Dr. Augros taught philosophy at the seminary, mostly through the lecture format, with little outside-the-classroom interaction with his students. Although content, he missed the College’s “society of intellectual friendships,” as he describes it, as well as the Discussion Method, the freedom to teach more than one discipline, and the great books that make up the College’s classical curriculum. This sense of academic restlessness fueled his longing to return to Thomas Aquinas College.

With the death of President Dr. Thomas E. Dillon in 2009 and the subsequent opening on the College faculty, Dr. Augros considered coming back to Santa Paula, but feared the move’s effect on his family — a concern that Mrs. Augros quickly put to rest. “‘I’m ready now,’“ he remembers her telling him. “‘Things are different. The kids have grown. I’m a veteran Catholic. All of our life circumstances have changed.’“ Their children — Maximilian Thomas, Evelyn Rose, and Benjamin Michael — have long since established the close relationships with their extended family that Mike and Amy had sought. Moreover, as the children matured, the family’s needs have shifted. “One of the reasons I was anxious to come back as a tutor,” Dr. Augros explains, “was for the spiritual life of the College, which I wanted for my family.”

With his wife and his children’s blessing, Dr. Augros brought his family back to California in 2009. “I’m having conversations with students outside of class,” he smiles — a passion he first discovered as a high school senior. “This is where I fit.”

Articles in The Aquinas Review: