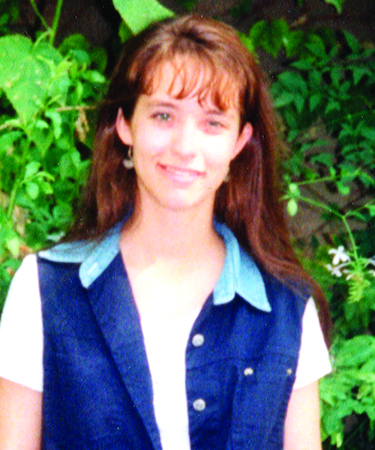 By November of 1997, officials at Family Planning Associates in Ventura, California, had surely grown used to the sight of protesters. For the previous few months, students from Thomas Aquinas College had spent an hour each Thursday outside this abortion mill, praying, handing out literature, and offering counseling to the anxious clients who came and went. Typically these gatherings attracted no more than four or five participants — until November 6, that is.

Clinic staff must have been stunned, that autumn morning, to see this prayerful contingent swell to as many as 150 young men and women filling the sidewalk. The students joined in prayer, some clutching Rosary beads, and recited 15 decades.

This wasn’t merely a protest, it was a tribute. Only hours earlier, Angela Baird, the 19-year-old sophomore who had led these weekly trips to the clinic, was also clutching Rosary beads and praying for an end to abortion — as she lay dying at the bottom of a ravine following a tragic hiking accident.

That Thursday, the day of her death, the Thomas Aquinas students outside Family Planning Associates were honoring Angela by continuing her work in defense of the unborn. Nearly two decades later, they still do.

While students at the College have always been keenly focused on the rigorous academic program, they have also been strongly and prayerfully pro-life. It was only in 1997, though, thanks to Angela, that an active, well-organized pro-life group was formed.

According to those who knew her well, Angela Baird was a beautiful, spirited girl with long, dark-brown hair and cheerful, bright-green eyes. Sophomore year was, for her, a time of tremendous spiritual growth. During its first two months, she had started attending daily Mass, praying the Rosary nightly, and frequently stealing off to the chapel to spend time before Jesus in the Blessed Sacrament. In hindsight, it seems clear Our Lord was preparing Angela for something extraordinary.

In addition to keeping up with her studies, Angela visited young women in a local prison and arranged the weekly outings to Family Planning Associates on Thursdays after classes. But the hearty crew that ventured on these journeys would have Angela as its leader for only five or six trips.

At 6:00 p.m. on the night of November 5, 1997, Angela finished up her kitchen duty in the campus dining hall, and then joined some friends for a moonlit hike in the Los Padres National Forest bordering the Thomas Aquinas College campus. Taking advantage of a mid-semester break in the regular class schedule, the students planned to meet up with a larger group in the surrounding mountains for a rare Wednesday night off.

About three miles into their hike, as they rounded the edge of a sheer, rocky cliff in the increasing darkness, Angela lost her footing and plunged 60 feet. Her fall was so sudden, so quick, that her companions could do nothing to help.

Two hikers were immediately dispatched to campus, where they called paramedics and alerted the rest of the students, who filled the chapel and began an all-night prayer vigil. Meanwhile, two others carefully worked their way to the bottom of the cliff, where they found Angela conscious but in agony, having sustained fractures to both legs, an arm, her back and pelvis, suffering from massive internal injuries and bleeding.

“I gave her my Rosary,” says Jon Daly (’99), a junior who kept wait with Angela for the roughly two and a half hours it would take for a helicopter and paramedics to arrive at the scene. Mr. Daly, who is now Thomas Aquinas College’s director of admissions, asked Angela if there was anyone for whom she wanted to offer her prayers. Angela’s instant response: “for the aborted babies.”

Soon Angela would add her father’s health to these intentions, all the while never complaining or despairing of her condition. Instead, she kept her focus on Our Lord and Our Lady, reciting, to the best of her abilities, the same prayers she used to say outside the offices of Family Planning Associates.

At 11:30 that night in a Ventura hospital less than two miles from the site of that woeful clinic, Angela received the Anointing of the Sick from one of the College’s chaplains. An hour and a half later, at about 1:00 a.m. on November 6, 1997, she died while in surgery.

… and a Glorious Legacy

One Thursday afternoon in 2003, a carload of Thomas Aquinas College students set out on their regular trip to Family Planning Associates, a custom that had endured ever since Angela’s death. Yet when they arrived, they noticed something odd: a sharp decrease in the usual customer traffic.

Thinking the facility had changed its abortion schedule, Meghan Patterson (’07), a 19-year-old freshman and newcomer to the group, inquired inside, where she learned some wonderful news: Family Planning Associates was shutting its doors in Ventura — for good.

When Meghan went outside to tell the others, she made a discovery that was arguably even more amazing: The date — November 6, 2003 — was exactly six years from the day Angela had died. Angela’s prayers for the unborn, in life and in death, were bearing great fruit.

As they do to this day. With Family Planning Associates shuttered, Thomas Aquinas College students have shifted their pro-life efforts toward a local Planned Parenthood affiliate, where the prayerful visits continue, week in, week out.

In the 17 years since Angela Baird’s death, the pro-life witness that she seeded on this campus has flourished in the light of her inspiration — and, one feels sure, through her intercession, as well.