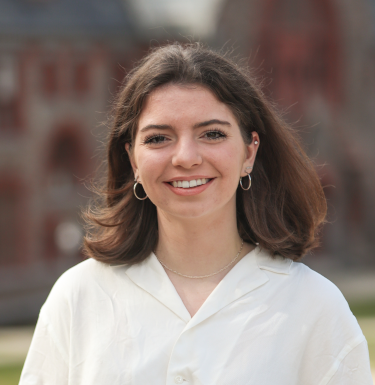 Rising junior Georgiana Egan — a member of the team of prefects that will be serving this year’s High School Summer Program on the New England campus — is a lifelong New Yorker. “I’ve lived on the same street in the Upper East Side of Manhattan my whole life. We only moved once, and it was just down the block,” she laughs. “I spent eight years of my childhood trying to fall asleep to the harsh sounds of subway station construction work, which means that Northfield’s tranquility was a big change of scenery for me!”

Georgiana was one of the earliest pioneers at TAC-New England. “I attended the first Summer Program on the New England campus, which occurred before the campus officially opened,” she says. “So, even though I am only a sophomore, I was a student on this campus even before the seniors!” She cherished her time blazing the trail for future programs. “I am amazed by the friendships I was able to form in such a short period of time.”

But the story is more complicated.

“Even though I loved my experience at the Summer Program, I wasn’t originally planning to go to TAC,” she recalls. “I applied to New York University and was determined to attend if I got accepted. But about a week before NYU’s decision came out, I made a deal with God: If I got into NYU, I would defer my acceptance to take a gap year, to appease my parents, who hoped that a year off before college would give me time to mature. (I’m young for my grade.)”

Georgiana had hoped to spend that gap year traveling, but the Covid-19 pandemic intervened. “As I was trying to figure out what to do instead, my mother suggested that I spend my gap year at TAC because, even though I had decided not to attend the school for college, I had loved my time at the Summer Program.”

That proved a fateful choice: Georgiana had promised God a gap year, but He seemed to have a longer stay in mind. “By October, I finally had to admit to myself what I previously had been refusing to accept: I had to stay. I felt immense happiness at TAC.”

Georgiana is now thrilled to help extend that happiness to the attendees of the 2022 Summer Program.