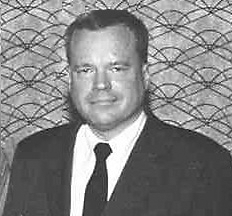 Richard Lloyd Noble, a brilliant securities lawyer and an active member of the Board of Governors of Thomas Aquinas College since 1977, died December 10, 2002, in Los Angeles. He was 63. Funeral and interment services were held on January 15, 2003, in Ardmore, Okla., where he was interred next to his father, Lloyd Noble, a legend in the oil production industry.

Born October 11, 1939, in Oklahoma City, Mr. Noble lived most of his adult life in Los Angeles. A graduate of both Stanford University and Stanford University Law School, he passed the California State Bar in April 1965, remaining a member until his death. Twice published in the Stanford Law Review, Mr. Noble received the rare honor of being published for the first time in this review as an undergraduate.

“He was a very fine man, a very smart man, an excellent help to me in several cases, an extremely sharp lawyer, and a good friend through the years,” says lawyer and fellow Board member John E. Schaeffer. Mr. Schaeffer helped recruit Mr. Noble from Stanford Law School to his San Francisco law firm of Cooper, White & Cooper. In 1967, Mr. Noble returned to Los Angeles, where he became a partner with Voegelin, Barton, Harris & Callister. In 1970, he established his own firm, Noble & Campbell.

A lifelong Republican and generous benefactor to conservative causes, Mr. Noble’s passion for politics was fostered at Stanford, during which time he served as president of the Young Republicans. He was later appointed by former California Gov. George Deukmejian to serve on the Colorado River Board, a post for which he was singularly well-qualified due to the depth of his understanding of water rights law.

He had researched the issue extensively and coauthored an article with Charles J. Meyers, which appeared in the 1967 issue of the Stanford Law Review. He served on the Colorado River Board from his appointment on June 29, 1983, through 1994.

“Not only did we work together, he was also a personal friend,” recalls Dennis Underwood, former executive secretary and executive director of the Colorado River Board during much of Mr. Noble’s tenure. “Richard added a dimension to the Board that was extremely helpful because of his long involvement in the political arena and his personal involvement with Gov. Deukmejian and then-Sen. Pete Wilson. He was a tremendous help at a time when we especially needed assistance.”

“Richard was an avid reader, an accomplished writer and speaker, and a friend to many,” notes Paula Willins, who worked with Mr. Noble for 18 years. “Many people have called to express condolences and talk about fond memories.”

Mr. Noble had a special affection for Thomas Aquinas College. “He was a good and generous man,” said Vice President for Finance and Administration Peter DeLuca,whose friendship with Mr. Noble was forged 40 years ago when each was president of his respective college chapter of Young Republicans. “He was a brilliant man. We very much appreciated his friendship and his longtime involvement with the College. I believe he felt a kinship with fellow Board members.”

“Thomas Aquinas College was one of his chief interests,” echoes Mr. Fred Ruopp, chairman and CEO of Chelsea Management Company, an investment counseling firm in Los Angeles. Mr. Ruopp knew Mr. Noble for 25 years and served with him on the College’s Board of Governors. “Richard believed that people should investigate ideas and facts for themselves. He thought that played out in the scholarship and educational methods of the College.”

“He was very competent and precise, a man of broad interests and very articulate,” adds Mr. Ruopp. “He had a great command of names, dates, history, and events. He was very bright, interested in politics and history, and had many aesthetic interests. We had many long and interesting conversations.”

As a young child often accompanying his mother to estate sales, Mr. Noble developed an eye for, and eventually became a collector of, among other things, antiques, oriental rugs, jade snuff boxes, and art, including an extensive collection of nautical paintings.

“He often referred to himself as a man of the 17th century,” recalls Mrs. Willins. “He was a gentleman — very proper with a wry wit.”

“The loss of Dick Noble is a great loss to us,” said President Thomas E. Dillon.“Dick had so much to offer and was always an active participant at our Board meetings. His length of service on our Board — 25 years — is just one measure of his commitment to us, particularly in view of the many struggles we faced early in his tenure to maintain the very existence of our College. He was a steadfast friend through some lean and difficult times.”

On February 22, 2003, a memorial Mass was held for Richard Noble on the campus of Thomas Aquinas College and was attended by his nephew, Lloyd Noble, several Board members, friends, and members of the College community.