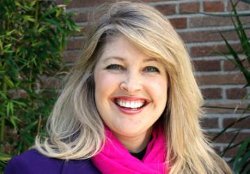 Angela (Andersen ’87) ConnellyThe News Tribune of Tacoma, Washington, recently named its list of six reader-columnists who will grace its pages for the upcoming year. Among those so honored is Angela (Andersen ’87) Connelly, an alumna of the College, a member of its Board of Governors, and the president of the Washington Women’s Network. “The list of criteria we provide to aspiring columnists is long and includes words like engaging, thought-provoking, inspirational, poignant, and most of all, local,” writes the News Tribune editorial board. “The goal is to identify creative people who love the South Sound as much as we do.”

After noting that Mrs. Connolly “is on a crusade to combat teen homelessness in Tacoma” and “serves on numerous community boards,” the editorial asks: “Did we mention she’s mother to nine kids?” This is good news, as far as the board is concerned: “Suffice it to say, the North End resident will not run out of material.”

The first of Mrs. Connolly’s regular columns, which appears in today’s edition of the News Tribune, deals with her aforementioned anti-homelessness crusade. “As a mom,” she writes, “I am begging everyone — every leader, non-profit, church, business, concerned citizen — to come sit at the table and wrap these kids and our community in love, support, and shelter.”