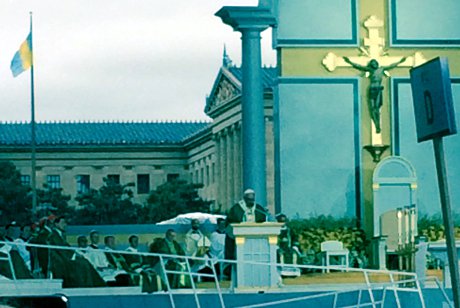 His Holiness Pope Francis at the World Meeting of Families Mass in Philadelphia, as photographed by Emily (Barry ’11) Sullivan

The College has received reports — and photos — from a number of alumni who were present for parts of His Holiness Pope Francis’s visit to the United States. Among them are Emily (Barry ’11) and Joe Sullivan (’09), who serves on the parish council for the Most Rev. Charles J. Chaput in the Archdiocese of Philadelphia. Below, the Sullivans are pictured with their two daughters before the World Meeting of Families Mass: 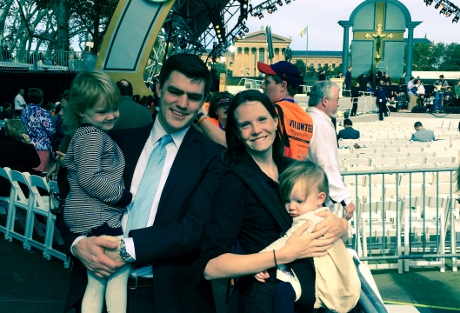 The Sullivan family before the World Meeting of Families Mass

Mrs. Sullivan, who works for Endow, a nonprofit organization that writes study guides for magisterial documents to be used in women’s study groups, participated in a World Meeting of Families panel, “Woman: God’s Gift to the Human Family,” about the feminine genius and St. Edith Stein. A last-minute substitute for another speaker, she “literally had 10 minutes’ notice” that she would be presenting, she reports. “Thank God for four years of learning how to articulate theological ideas well!” 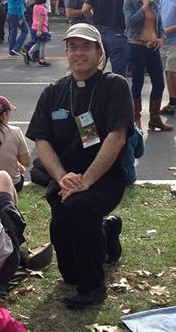 Rev. Ramon Decaen (’96) waits for the Popemobile to pass by in PhiladelphiaAmong the other alumni in Philadelphia were Rev. Ramon Decaen (’96), the pastor of the Parish of Cristo Rey and diocesan director of Hispanic Ministry in Lincoln. Fr. Decaen traveled with a group of some 100 fellow Nebraskans to the City of Brotherly Love, where he had the honor of concelebrating at one of the Holy Father’s Masses. … Sr. Teresa Benedicta Block, O.P. (’02), joined by three of her fellow Ann Arbor Dominicans, led a pilgrimage of 12 high school students from San Francisco to the city. … Jacob Mason (’10) a seminarian for the Diocese of Arlington, attended a brief talk from the Holy Father at Charles Borromeo Seminary, where Mr. Mason is a student and Pope Francis stayed during his visit. … Other alumni on hand for the Holy Father’s trip to Philadelphia include Sarah Jimenez (’10), who works in the chancery for the Diocese of Pittsburgh, and Becky (Daly) and Greg Pfundstein (both ’05), executive director of the Chiaroscuro Foundation in New York City. 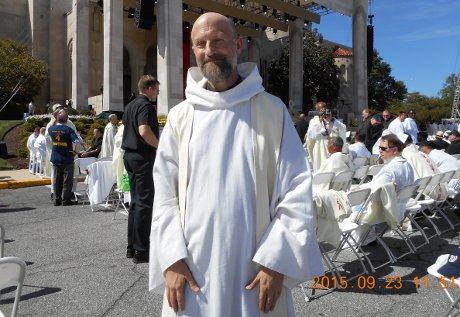 Meanwhile, several alumni were able to attend the Holy Father’s canonization Mass for St. Junipero Serra at the Basilica of the National Shrine of the Immaculate Conception in Washington, D.C. Rev. Isaiah Teichert, O.S.B.Cam. (’78), pictured above, served as a concelebrant. Among others in attendance were Aaron Dunkel (’06) and four alumni who are graduate students at the Catholic University of America: John Brungardt (’08), Joshua Gonnerman (’09), Emily McBryan (’11), and Kathleen Sullivan (’06),who provided the photo below: 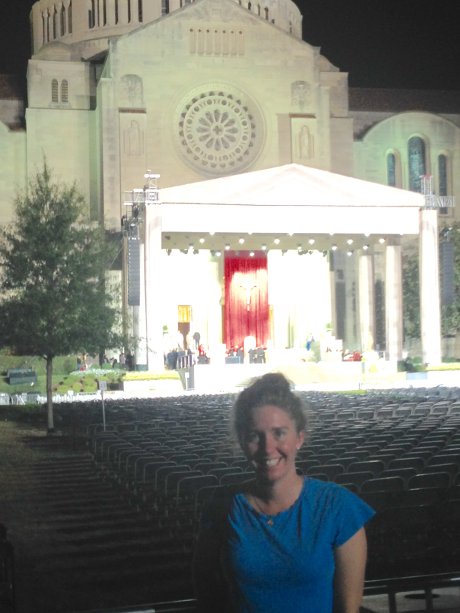