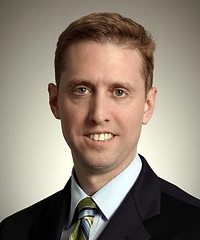 For the seventh consecutive year, Chambers USA has included Edward Froelich (’88) in its annual guide to the nation’s “top lawyers,” which it defines as those who “demonstrate sustained excellence.” The guide notes that Mr. Froelich “represents clients in a host of administrative tax controversy matters,” and that his peers report that “he is smart and works harder than anybody else.”

A husband, the father of two, and an attorney at the Washington, D.C., office of Morrison & Foerster LLP, Mr. Froelich specializes in federal tax litigation and administrative dispute resolution. After graduating from Thomas Aquinas College in 1988, he earned his law degree at the University of Virginia School of Law and a master’s of law in taxation at the Georgetown University Law Center. Previously he worked as a trial attorney of the Department of Justice Tax Division. In addition to his annual accolades from Chambers USA, he has also been featured by the The Legal 500 US in its “recommended” category.

For the most part, Mr. Froelich litigates cases and represents clients in administrative controversies at the audit and appeals level before the IRS. He also, however, does work both internationally and on a pro-bono basis. Notably, he assisted Caritas Bulgaria on two projects involving European Union laws relating to the allocation of resources to refugee families for basic living and educational needs.

“I am daily grateful for the education and intellectual training I received from the College,” says Mr. Froelich. “It has given me not only a thirst for the first principles in my discipline, but the means by which to make those known and applicable to the case at hand. It has also given me an unshakeable faith in He Who is all truth and goodness incarnate. “