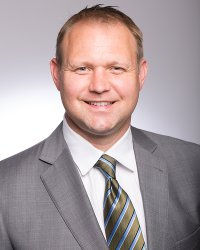 Raymond Tittmann (’94)After reviewing nearly 900 nominations, the legal-news website Law360 has identified 160 lawyers as its 2019 MVPs — “attorneys who have distinguished themselves from their peers over the past year through high-stakes litigation, record-breaking deals, and complex global matters.” Among those included is a Thomas Aquinas College alumnus: Raymond Tittmann (’94).

A partner in the Los Angeles office of Wargo French, Mr. Tittmann is a litigator specializing in insurance coverage, class and collective action, unfair competition, and complex commercial litigation. This year, he “helped a subsidiary of The Home Depot negotiate a global settlement of thousands of claims brought by homeowners and their insurers,” write the website’s editors, “landing him on the list of Law360’s 2019 Insurance MVPs.”

In its profile, Law360 discusses how Mr. Tittmann was able to negotiate a $100 million class-action lawsuit down to a $24 million settlement. “Working with the varied stakeholders instead of against them, we were able to create a win-win opportunity to achieve global peace for all concerned,” he says. The story also describes his “most challenging case” of the year, representing seven insurance underwriters in a complicated dispute for which there was no known precedent. “Solving your client’s problem,” he notes, “almost always requires a creative solution to narrow disputes rather than expand them.”

Asked why he chose to become an insurance attorney, Mr. Tittmann references his time at the College. “I always tell people, if you can read Aristotle, you can read an insurance policy,” he says. “Every time I’m asked to parse a sentence in a policy or debate the meaning of the word ‘occurrence,’ I feel like I’m back in college.”