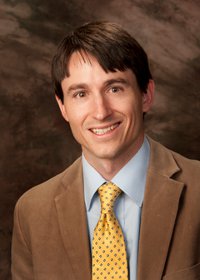 Dr. Adam Seagrave ('05)In honor of the 100th anniversary of the founding of the National Park Services, Dr. Adam Seagrave (’05) has penned a thoughtful piece for The Public Discourse about the role of the national parks — and Nature more broadly — in the American political tradition. “Over the past 400 years, we Americans have had a very different relationship with nature than the Europeans have,” writes Dr. Seagrave, “and this relationship has powerfully informed what is best in our political culture and public discourse.”

An assistant professor of political science at Northern Illinois University, Dr. Seagrave is the author of The Foundations of Natural Morality: On the Compatibility of Natural Rights and the Natural Law and editor of Liberty and Equality: The American Conversation. A regular contributor to The Public Discourse, Dr. Seagrave observes, “It was because of Americans’ early and unique experience with ‘Nature’ that they came to embrace Locke’s political philosophy in the eighteenth century, with its emphasis on the importance of natural rights and the natural law for politics.” Yet as the country became further removed “from this original experience of nature, through the passage of time and the development of artificial civilization and culture, the original meaning and political significance of nature progressively began to be forgotten. … By the early twentieth century, we were ready to ‘progress’ beyond the founders’ and Lincoln’s ideas, which now seemed naïve, about the political relevance of a grand and significant ‘Nature.’”

By restoring our awe, or reverence, for nature, Dr. Seagrave concludes, the National Parks play a vital role in helping Americans to “connect — or rather reconnect — with something important and distinctive about our national heritage.”

The full article I available via The Public Discourse.