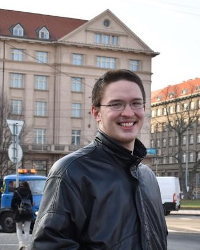 Two months after he graduated from Thomas Aquinas College in 2018, Thomas O’Hara married classmate Misha (Johnston ’18), and the couple departed for Prague. Mr. O’Hara had discovered that he could pursue an electrical-engineering degree inexpensively at the Czech Technical University, and his wife — who spent much of her childhood in the Czech Republic and spoke the language fluently — would be very much at home.

Once in Prague, however, he realized that his interests lay elsewhere — and that his Thomas Aquinas College education had prepared him in ways he didn’t even know.

“I got really interested in the programming classes that I was taking,” Mr. O’Hara says. “A lot of my associates complimented me on how fast I picked it up, which was the result of the logical reasoning  — and especially the math — that I had learned at TAC. Programming is really just applied math and logic, and the College had prepared me well in both.”

So he decided to pursue a computer-science degree and to seek employment in a computer lab. When applying for a job, he found himself, once again, relying in ways unexpected on his Catholic liberal education.

“There were 30 other people applying for the same position and, frankly, most of them were much more qualified than I was in terms of their knowledge of programming. But they hired me because of my enthusiasm for learning,” Mr. O’Hara says. “I like to think that I love learning naturally, but I know that I learned to love learning even more at the College. I became very enthusiastic about just figuring things out, analyzing, trying to think outside the box. All of that was cultivated at TAC, especially the analytics and working with people in order to solve a specific problem.”

Now Mr. O’Hara works at Stratosphere Labs, which conducts research for, among others, Avast Software, one of the world’s largest cybersecurity, machine learning, and AI firms. Among his projects, he maintains “honeypots” — machines that have been left deliberately unsecure, or infected with malware — in order to monitor the strategies of hackers, and thus develop Intrusion Prevent Systems. In October, Google sponsored him to attend Virus Bulletin, an international cybersecurity conference in London, and he also participated in the Cyber Sec & AI conference in Prague.

On top of his busy academic and professional life, Mr. O’Hara is also a new father. Six months ago he and Mrs. O’Hara welcomed twins — Thomas Edmund and Hannah Marie. The young family plans to stay in Prague until he completes his degree, then return stateside. 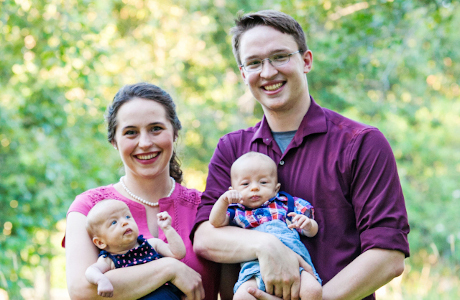