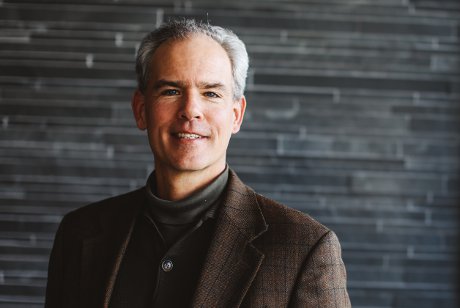 In recent years, an alarming six states and the District of Columbia have legalized physician-assisted suicide, and similar legislation is now under consideration in six additional states. Given the moral confusion that surrounds the issue — particularly regarding doctors’ obligations to their patients — it stands to reason that society could benefit from a review of the principles of medical ethics, first articulated more than 2,000 years ago in Hippocrates’ eponymous oath. 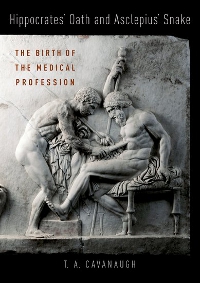 Enter alumnus philosopher Dr. Thomas A. Cavanaugh (’85), a professor of philosophy at the University of San Francisco. In his newly released Hippocrates’ Oath and Asclepius’ Snake: the Birth of the Medical Profession, published by Oxford University Press, Dr. Cavanaugh examines the oath through a broad survey of Ancient Greek myth, drama, culture, and language. Specifically, he considers the question of physician-inflicted harm, including doctor-assisted suicide, which he finds to be antithetical to medicine’s therapeutic ethic.

Released in December, Hippocrates’ Oath and Asclepius’ Snake has already garnered several favorable reviews. “At last we have a book-length treatment of the Hippocratic Oath written by an ethicist who knows ancient Greek!” writes Dr. Daniel P. Sulmasy, the Andre Hellegers Professor of Biomedical Ethics at Georgetown University. “Cavanaugh has made a major contribution, reading the text closely, and situating it in the context of Hellenic oath-taking practices, drama, poetry, philosophy, and mythology as well as medical history. The result is a really fresh look that allows the oath to speak to us clearly in our own times.”

Hippocrates’ Oath and Asclepius’ Snake is Dr. Cavanaugh’s second published book, following Double-effect Reasoning: Doing Good and Avoiding Evil (2006). Upon graduating from Thomas Aquinas College in 1985, he enrolled at the University Notre Dame, where he earned his doctorate in philosophy. He has been a member of the University of San Francisco faculty since 1994, and previously chaired the Philosophy Department.

To this day, Dr. Cavanaugh graciously credits his alma mater for much of his professional achievement. “Thomas Aquinas College educated me in the discernment of first principles and the role they play in understanding,” he says. “In freshman year, reading Euclid’s 13 books of the Elements and demonstrating geometrical propositions before classmates taught me what it is to know: from certain things being so, others things follow. As a sophomore, Augustine’s On Christian Doctrine showed me what it is to read seriously, deeply, and insightfully. In my junior year, Newton’s Principia illustrated accuracy and precision in the expression of ideas. Finally, in my senior year reading Aquinas’ Summa Theologiae in Latin repeatedly impressed upon me the importance of dealing with works in the language in which they were originally expressed. St. Thomas himself exemplified the succinct concreteness of a thinker who articulates reality. In my intellectual formation, Thomas Aquinas College is the sine qua non from which all else follows.”

Hippocrates’ Oath and Asclepius’ Snake is available directly from Oxford University Press as well as through retailers such as Amazon.com.