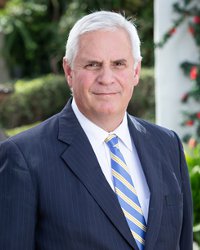 For the second year in a row, alumnus attorney David A. Shaneyfelt (’81) has been named one of Southern California’s Super Lawyers— an annual roster of top attorneys within various regions of the United States. “Super Lawyers is a rating service of outstanding lawyers from more than 70 practice areas who have attained a high-degree of peer recognition and professional achievement,” the guide notes. Only 5 percent of lawyers are named to the list, following a rigorous nomination and peer-review process that considers such factors as verdicts, settlements, professional honors, experience, pro-bono work, and community service.

“Honestly, recognition like this makes me squirm,” says Mr. Shaneyfelt. “There are so very many TAC attorneys and they are all super in my mind. And because of our formation I think we all share the same passion and the same priorities — faith, family, work, and in that order. In the end, that’s what counts, and I’m sure none of us would be clear on the end if we hadn’t been formed by TAC in the beginning.”

A lawyer in Camarillo, California, Mr. Shaneyfelt has represented numerous private and public business entities in disputes against insurance companies and joint powers agencies — earning him the title of “Top Rated Insurance Coverage Attorney,” according to Super Lawyers. He practices with the Alvarez Firm, where he works alongside fellow alumnus Justin Alvarez (’97).