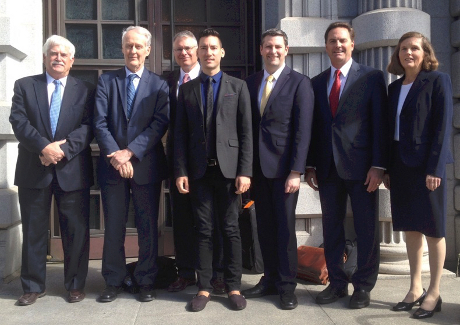 The video below shows the co-founder and vice president of the Life Legal Foundation, Katie Short (’80), appearing yesterday before the U.S. Court of Appeals for the Ninth Circuit on behalf of David Daleiden and the Center for Medical Progress. Last year, after Mr. Daleiden released a series of videos exposing the abortion industry’s trade in fetal body parts, the National Abortion Federation filed a lawsuit against him, obtaining a preliminary gag order that has kept additional video footage from public view. In her appearance before the Ninth Circuit, Mrs. Short argued that the gag order undermines the public interest by placing an unconstitutional prior restraint on Mr. Daleiden’s right to free speech.