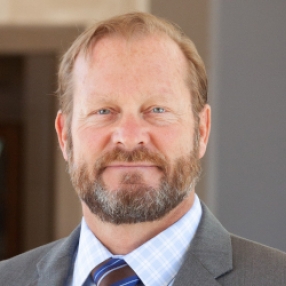 “Coming back to teach here feels like a homecoming,” says Dr. Scott Strader, a member of the Class of 1997 who is, indeed, returning to his alma mater — but only after a 23-year absence that brought him to Iraq and Japan as an officer of the United States Navy, to Rome as a graduate student, and from agnosticism to the Catholic faith.

Dr. Strader’s return to the College may not have followed a predictable route, but, then, neither did his arrival as a student. Scott grew up as a Baptist Christian in rural Indiana, but he decidedly left his Christian faith as a young teenager.

“The environment in which I was raised generally fostered wonder, but took a distinctly anti-intellectual stance on certain questions about God, man, and nature,” he remarks. At his public high school, he was confronted with “a purely mechanistic account of nature,” which left him “unable to assent to the doctrines of the faith as they had been presented, yet leery of the counterclaims of modern science.” Frustrated by the unanswered and seemingly unanswerable philosophical questions regarding Christianity, Dr. Strader embraced a deep (if actively seeking) skepticism.

Thus, he enrolled as both a pre-med student and a philosophy major at the University of Missouri, where he met an “amazingly philosophical” fellow pre-med student, Lee Rea, Jr. (’97). “Lee told me he had spent one semester at this unique liberal-arts school called Thomas Aquinas College,” Dr. Strader recalls. “And after having many conversations about it, my interest was piqued.”

Although only three semesters away from completing his degree, Dr. Strader left the University of Missouri to become a 23-year-old TAC freshman. Mr. Rea decided to return to TAC as well, joining the same freshman class in the second semester. Although Dr. Strader’s time at the College did not immediately free him of the “deeply imbued skepticism” that fed his agnosticism, it was “immensely formative,” he says, “providing an extended exposure to the perennial philosophy that would bear fruit much later.”

Upon graduating, Dr. Strader accepted a commission in the U.S. Navy, serving first as an aviator during the war in Iraq and subsequently stationed in San Diego, then Japan. After attending War College at Ft. Leavenworth, Kansas, he oversaw the testing of various weapons platforms off California’s Southern Coast before serving for three years as a staff officer for the Commander of Naval Special Warfare Group One in San Diego, who has charge over all West Coast SEAL teams.

During this time, Dr. Strader engaged in a different sort of combat while earning a master’s degree in philosophy at San Diego State University. “I found it necessary to defend the doctrines of the perennial philosophy against unfair attacks leveled by certain faculty members,” he notes. “One significant effect of this was that I returned with growing frequency to the texts of Aristotle and St. Thomas.”

Upon retiring from the Navy in 2015, he met his wife, Brigid (McCarthy ’04), and decided to pursue a doctorate in philosophy at the Angelicum. While in Rome, the Straders were blessed with a son, and Dr. Strader increasingly became open to the Catholic faith. “After more prayer and intercession,” he says, “I received the grace to convert.”

As a tutor on the California campus, he now finds his appreciation only deepening for the academic program that played such a vital role in his intellectual and spiritual journey. “Some people say this education may not be for everyone,” he says. “But it seems to me that everyone could stand to benefit from seeking to understand the principles and causes of things.”