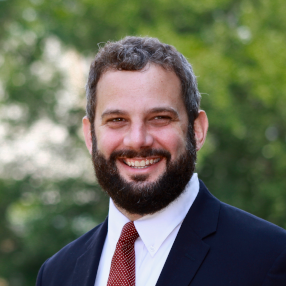 Prior to joining the faculty of Thomas Aquinas College in 2017, Dr. Stephen Shivone taught for 15 years at the middle-school, high-school, and collegiate levels in Alaska, Texas, Arizona, and North Carolina. Most recently he served as an English professor and the assistant dean for academic affairs at Belmont Abbey College, where, he assumed, he would happily spend the rest of his career.

Yet when the opportunity to become a tutor at Thomas Aquinas College presented itself, he decided that teaching the great books within an integrated curriculum would be worth the burden of one more move — or even two.

After spending two years on the California campus, Dr. Shivone transferred to the College’s New England campus for its inaugural academic year in the fall of 2019. In helping to launch a new campus, he found himself thinking of a favorite quotation from Bl. John Henry Cardinal Newman: “Therein lies the nobility of the Faith, that we have the heart to venture something.” As Dr. Shivone describes it, “This is a venture of faith on the part of the College. It is undertaking something bold and difficult, and we feel blessed to be part of it.”

Dr. Shivone is himself the product of a Catholic liberal education, having earned his undergraduate degree at the erstwhile College of St. Thomas More in Fort Worth, Texas, where for four years he worked as a tutor in literature. His wife, Mary Ann (Hastings ’03), is a graduate of the College, and the couple are the parents of five children.

Although he studied graduate theology for one year at Austria’s International Theological Institute, Dr. Shivone ultimately decided to earn his master’s and doctoral degrees in literature at the University of Dallas. “Literature teaches us important truths about reality,” he says. “The study of literature can lead to insight, because great literature sheds a kind of light on reality and human experience, while also shaping our emotions and imagination.”