In the fall of 2019, 34 students who had just completed their freshman year at Thomas Aquinas College, California, volunteered to make the 3,000-mile trek to found the newly acquired New England campus. These hearty souls would make up the inaugural Sophomore Class. They would welcome Northfield’s first freshmen, inculcate in them a half century of TAC tradition, and help to establish a new set of customs and lore unique to Thomas Aquinas College, New England.

Less than three years later, these pioneers now enter the second semester of their Senior Year. In May, they will don caps and gowns for the College’s first-ever Commencement on the Northfield campus, becoming its very first New England graduates.

Before looking forward to life beyond college, however, these first seniors are taking a moment to look back, to reflect on the experience of bringing Thomas Aquinas College eastward. Below, nine members of the Thomas Aquinas College, New England, Class of 2022 offer their observations about the joys and challenges of moving east, as well as what their legacy will mean for classes to come. 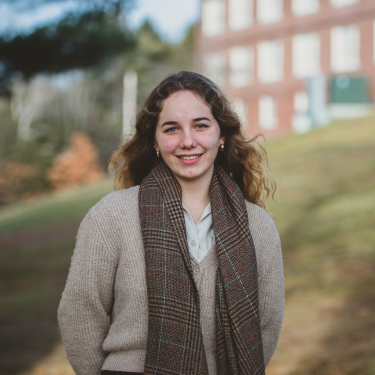 During her freshman year on the California campus, Rosie Salas of Vancouver, British Columbia, formed many meaningful relationships with her peers. So moving to Northfield, Massachusetts, entailed significant personal sacrifice.

“I gave up all of my people in California to come out here to be in the first class,” she says. “It’s been hard, but I’ve enjoyed every moment.”

Spending one year back West, she believes, was critical for giving the Class of 2022 a strong sense of the spiritual, intellectual, and communal life of the College. “We saw the great traditions California already had,” she says, “and we came here to establish those traditions along with making new ones” — such as the Dorm Dates and the Epiphany Dance. 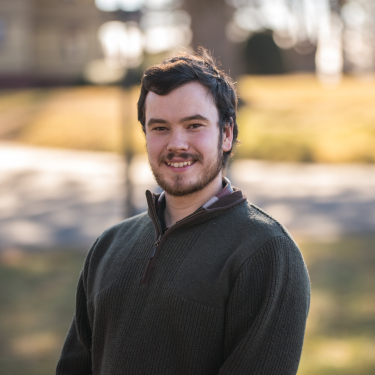 In their short time in Northfield, the seniors have already seen their campus undergo significant renovations. “There almost seemed to be a post-apocalyptic feeling to the campus my first year,” recalls Peter McDonald of the many buildings that were then just coming back to life after more than a decade of disuse. “Now there are so many new faces and renovations that I forget what it used to look like before.”

Those new faces include two successive classes, effectively doubling the size of the student body. Nonetheless, in order to ensure the hiring and proper training of teaching faculty, the College has taken a moderate approach to expanding the new campus, which likely will not reach full capacity until the end of the decade. As a result, TAC-New England has a significantly smaller student body than its California counterpart, a difference which these first students have enjoyed.

“The small community has been an incredibly good thing. There is a chance for everyone to know everyone and become unified in friendship,” says Peter, a resident of McKenzie, Tennesse. “There are very few distractions, which allows us to live a life of study very well.” 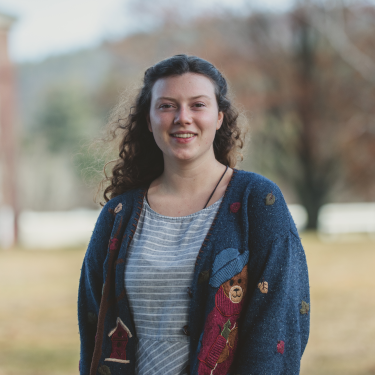 Among the other advantages of a smaller community, the seniors discovered, was there were too few students to sustain cliques. They determined that they were all in this together, leading them to form some friendships that may have once seemed unlikely, but proved to be especially rewarding and close.

This closer-knit community also allowed for greater interaction with tutors, which not only aided students in the intellectual life, but gave them a glimpse into the strong family and spiritual life that exists among the faculty. “There is a different perspective that we see from being so close to the tutors,” Cecilia adds. “We’re able to get to know their wives and see that the tutors are more than tutors outside of class.” 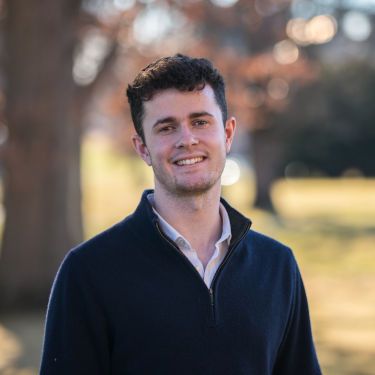 Living in a smaller community, however, can bring its own set of difficulties. For members of the Class of 2022, there were only two sections — the groupings of students who take most of their classes together each year. “It’s been a challenge working with a small group of people, especially when you have been section mates for the past three years straight,” says Nathanael Cassidy of Norfolk, England. “Slowly, though, we have grown in charity and learned to work with one another.”

Without any upperclassmen to guide them, the seniors had to learn these lessons on their own. “There was not a class above us for us to look up to,” Nathanael continues. “We were walking in the dark.”

In time, however, they would come to see this challenge as an opportunity for leadership. “I think what got us through these past couple of years is the realization that we were establishing something good,” Nathanael concludes. “And someone had to be the first person to do it.” 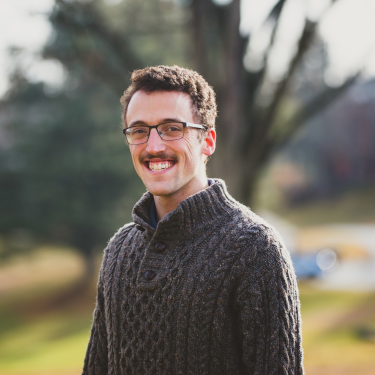 Without having the example of upperclassmen to follow, the Class of 2022 had to be the example, the only fellow students who could help underclassmen navigate their way through the College’s classical curriculum and establish a prudent, disciplined approach to studying.

Like many of his classmates, Joe cites the honor of helping to establish new campus customs as one of pioneering’s great joys. “From the awesome Homeric Games to the sweet Rose Dinner, we’ve put forth traditions that hopefully the classes after us will continue.” 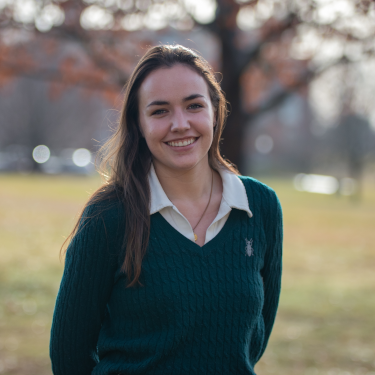 Yet the seniors are quick to note that they were far from alone in founding this new community. In addition to benefitting from the leadership of the faculty and staff, they entered alongside the campus’ first freshmen — the Class of 2023 — who were their fast friends and companions.

“Coming here with a class below was so good,” says Mary O’Reilly of the juniors. “We have an inseparable bond with them.” A Southern Californian with an eye for decorating and a heart for enthusiasm, Mary worked with her fellow students to help establish new traditions for the New England campus. “I love putting on dances and helping with the Dorm Dates, because we get to place down roots for other classes,” she says.

Like many of her peers, Mary also credits the small community with helping her foster better study habits. “The smaller student body has made me focus more academically.” 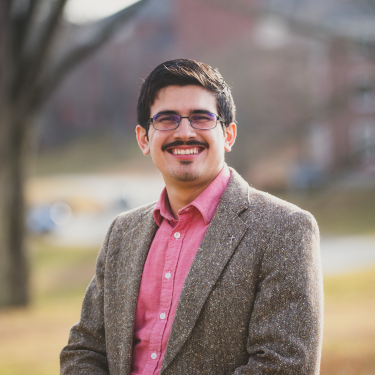 When visiting the campus, one may quickly notice Jean Guerreiro running around with tutors’ children and engaging them in conversation. “I’m able to witness so much strong family life by playing with the kids all the time, which is unique for me,” he says.

Along with playing soccer with the children, Jean helps to cultivate their intellectual life. “I was able to teach 22 classes of Latin to the children last year,” he says. “That’s something I don’t think I would be able to do anywhere else.”

A native of Brazil, Jean has become an ambassador for the College in his home country. He has posted several Portuguese-language videos to social media, extolling TAC’s unique academic program, while also spreading the word among his friends. His efforts have borne great fruit. Already, there are five Brazilian students among the underclassmen at Thomas Aquinas College, New England — all Jean’s recruits. 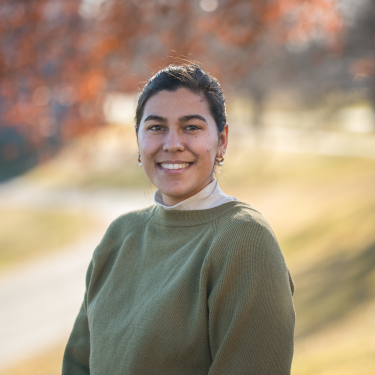 For Simone Kelly of Santa Paula, California, being a member of the first class at TAC-New England was reminiscent of her parents’ experience as early graduates on the California campus. “I remember the stories of my parents sharing how they had classes in trailers and things like that,” she says. By comparison, the New England pioneers have had it easy — although the Californians never had to deal with a pandemic cutting their first year short.

“We didn’t get to experience the full change in seasons the first year we were here because of Covid, so junior year was our first full year,” Simone recalls. “We finally felt like we did what we actually set out to do.”

Like many of the other pioneers, Simone shares excitement for replicating the College’s program of Catholic liberal education in a new place. “I signed on during my freshman year in hopes of establishing traditions and helping bring this great liberal education to the East Coast, and I think we’ve stayed true to that.” 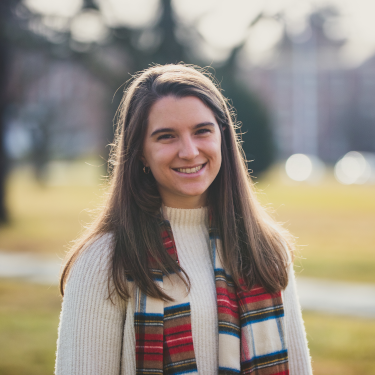 Like many students in Northfield, Sophie Steigerwald of Elm Grove, Wisconsin, cites the regular presence of tutors — all of whom live either on campus or within a short walk — as one of the many blessings of TAC- New England. “By living in such proximity to the tutors and having them multiple times in different classes, my friendship with the tutors is more intimate,” she says.

As a prefect, Sophie has played an active role in making this century-old former home of a private boarding school a fitting campus for a Catholic college. “This campus was not built for TAC, so we have to be flexible,” she says. “For example, we took on the task of furnishing the common rooms in Gould Residence Hall.”

Although she misses the beautiful architecture and friendships of the California campus, there is a new sense of home for her in Massachusetts. “I love the idea of coming to a new campus and establishing something here that was not here before,” she says. “I’m happy here.”