Thomas Aquinas College has climbed 8 spots in the annual U.S. News and World Report college rankings, from No. 43 to No. 35 among the country’s national liberal arts colleges. The College is one of only two Catholic institutions in the United States to make the top 50.

The newly released 2020 edition of the magazine’s Best Colleges guide also lists Thomas Aquinas College at No. 51 on a select list of 103 schools with the Best Undergraduate Teaching. The College ranks at the very top of the guide’s list for the highest proportion of classes under 20 students (100 percent) and the lowest proportion of classes with more than 50 students (0 percent). 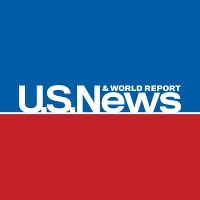 Additionally, like Kiplinger and CNBC before it, U.S. News rates Thomas Aquinas College among the very best in the United States for its commitment to affordability. Owing to its low tuition rate and robust financial aid program, the College ranks No. 31 out of the magazine’s 103 Best Value liberal arts schools, the only Catholic college to crack top 50. The guide also lists the College as No. 14 on its list of Top Performers on Social Mobility — schools that are “more successful than others at advancing social mobility by enrolling and graduating large proportions of disadvantaged students.”

“It has been the commitment of Thomas Aquinas College, ever since its founding, to provide an education that is both excellent and affordable for all who are willing and able to pursue it,” says Admissions Director Jon Daly. “Our continuing rise in secular guides, in terms of quality and value, are signs that we are staying true to this commitment — just as continued praise from Catholic sources, such as the Newman Guide and the National Catholic Register, reflect that we remain as faithful as ever to the Church and her teachings.”

In assembling its annual guide, U.S. News evaluates more than 1,800 four-year colleges and universities in the United States. “The rankings,” its editors explain, “are based on factors that indicate academic quality, such as graduation rates and faculty resources.”