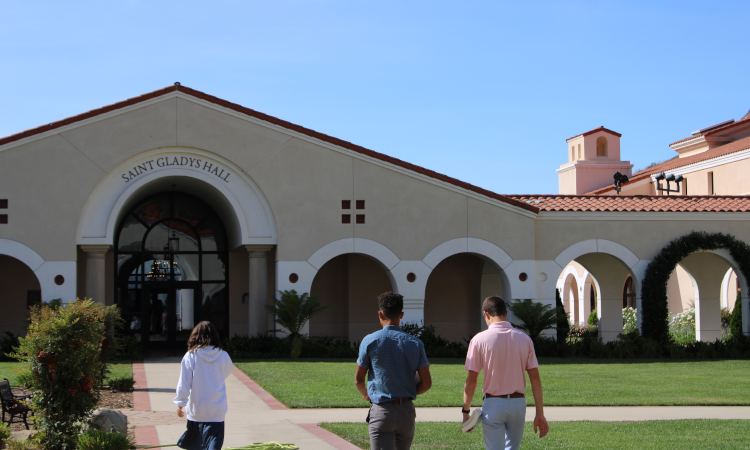 With the completion of today’s classes, we have just about reached the end of the 2022 California High School Summer Program!

Still aglow from last night’s serenade and other activities, students rose this morning for early Mass and breakfast in St. Joseph Commons (mushroom-and-spinach scramble). Then they met for their last class on Euclid, where — having grown confident over the last few days — they handily demonstrated Book I, Propositions 16, 29, and 32 for their classmates. As the week has gone on, these students have become quite the geometricians! As a special treat, tutor Dr. Joseph Zepeda deftly demonstrated Propositions 46 and 47 for his class, which was duly impressed. The latter prop builds off the whole of Book I to prove the Pythagorean Theorem. Students marveled to have unlocked a seemingly hidden understanding of such a famous equation.

After Mass the programmers took to St. Joseph Commons for a lunch of honey-walnut shrimp, where they spoke animatedly about the reading for the afternoon’s class — Flannery O’Connor’s “Everything That Rises Must Converge” — and tonight’s gala. They then trickled out of St. Joseph Commons and onto the Academic Quadrangle. Inspired by the College’s tradition of singing in company before the concluding final exam of the semester, students celebrated their final class in song. Arm in arm and with bright smiles, they sang their hearts out to the tunes of “Swing Low Sweet Chariot,” “Amazing Grace,” and “Roll the Chariot Along.”

When the singing came to an end, it was time for the last class of the program, in which the sections contemplated “Everything That Rises Must Converge.” The gripping short story presented students with themes of prejudice, delusion, and retribution. The discussions were rich and drew out even the quietest of students. At the end of the class, students received a few farewell gifts from the Summer Program staff, including a TAC backpack and t-shirt. 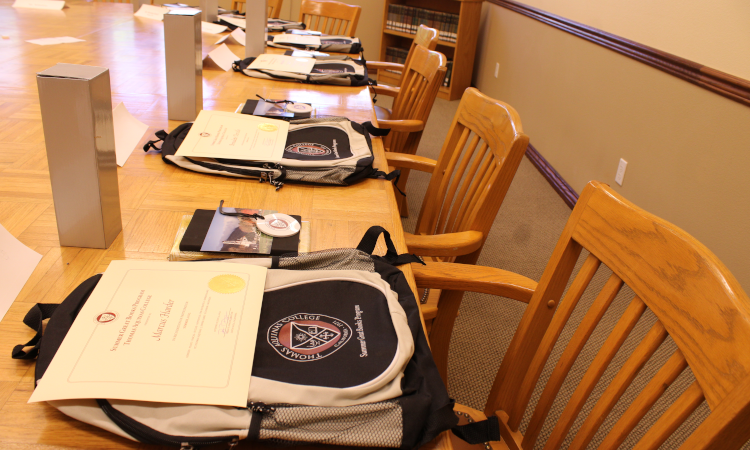 Come back tomorrow for photos from the gala and — sniff — farewells.