Now that readers have had a chance to meet the prefects for the 2017 High School Summer Program (see parts one, two, and three), Thomas Aquinas College would like to introduce the program’s counselors. These are the regular members of the Admissions Office who, for 50 weeks of the year, focus on putting together the College’s next freshman class, but for two weeks each summer pour out their hearts and souls into creating a program that reflects the goodness, joy, and fun of the Thomas Aquinas College experience. In the upcoming weeks, we may also introduce you to some of the behind-the-scenes folks who help to make the program possible. 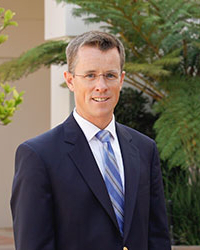 First on the list is Jon Daly, who grew up in South Dakota but has been in Southern California more or less since he came to the College as a freshman in 1995. He graduated in 1999 and began working in the Admissions Office in 2000, becoming its director in 2004. Mr. Daly has been part of every Summer Program, beginning with its inaugural year in 2000. “It’s been a joy to see it grow from about 40 students to 140 students over the years!” he says.

Mr. Daly and his wife, Marie (Sale ’00), live in Santa Paula with their five sons and two daughters. “Our youngest, Stephen, is two months and a wonderful little addition,” he says. “And our oldest, Brendan, began driving yesterday, so look out! (Actually, he’s a good driver.)” The Dalys, who live in Santa Paula, occasionally make it up to campus for barbeques and other Summer Program events, so students will likely get a chance to meet some of the crew before the two weeks are up.

“Meeting the summer program students has always been the high point of the year for me,” says Mr. Daly. “What I most appreciate, though, is seeing the students come together as one from so many different places and backgrounds, with their varied interests, and become a true community. I also deeply appreciate working with the prefects — some of them are students here themselves, others are graduates from around the country. Seeing how they pour themselves into this program so intensely and fully for love of the students is inspiring and edifying.” 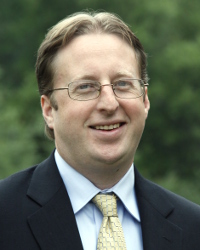 Part of the magic of the Summer Program is the logistics: buses shuttling students to destinations throughout Southern California; mountains of food materializing, as though out of thin air, whenever they are needed; the endless stream of intellectually, spiritually, and physically rewarding activities. Much of the credit for this marvel belongs to Associate Director of Admissions Scott Benigar, who — with lots of help from his fellow Admissions counselors, the prefects, and countless others — works diligently behind the scenes to make it all look easy.

Returning for his seventh program, Mr. Benigar is an Orange County native who now lives in Santa Paula with his wife, Mary (Conklin ’01), and their four boys. He is a regular presence on the basketball courts, both as a player and as a referee, and a known card shark. (Look for him at lunch, playing games with others on the program.) His colleagues in the Admissions Office often call him a “rock star” for his ability to help prospective students learn about the College’s program of Catholic liberal education.

“A big part of my role in the Summer Program is to try to ensure that our activities, dorm life, BBQs, and trips to the Hollywood Bowl, Getty Museum, and Santa Barbara, are well planned and run smoothly,” he says. Some of his favorite events include the “Theology on Float” question-and-answer session over root-beer floats with Rev. Sebastian Walshe, O.Praem., the students vs. prefects basketball game, and Mr. Daly’s world-famous roll calls. “Most of all, though, I enjoy meeting students from all over the country and the world,” he says, “and watching them build relationships with one another.” 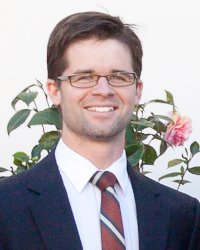 Back in 2010 Mr. Cross entered the College as a freshman. When he graduated in 2014, he joined the Admissions crew as a counselor. And shortly after the conclusion of this year’s Summer Program, he will head back to the Bay State to become the Admissions Office’s point man at the New England campus that the College hopes to have up and running — contingent upon the approval of the Massachusetts Board of Higher Education — in the fall of 2018. He looks forward to talking with students at this year’s program about what the College’s aspirations are for the region and answering any questions they may have.

In his spare time — “pretty much all I do with my free time,” he says — Mr. Cross draws political cartoons. His work, which has appeared in the National Catholic Register, is regularly published on various political and Catholic websites. 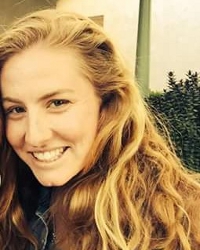 “During the Summer Program, the students have a real encounter with the true, the good and the beautiful,” says Sarah Dufresne. “It is a joy to witness how this encounter transforms them into young people with hope and zeal for their futures.”

Miss Dufresne began working on the Summer Program while she was still a student at the College, and has continued ever since. For the first three years after her graduation in 2014 she worked in student life at the College, and she has recently transitioned into a new job as an Admissions Counselor. “It is a great blessing to work for a college whose mission is that of an intellectual apostolate,” she says. “Our founders believed that a renewal of Catholic liberal education was necessary, and we carry on this mission in our intellectual life here. The formation of the mind and heart is so essential for our Church and our culture, and here we strive to do this joyfully, with the hope that our graduates will be part of the renewal and strengthening of our Church.”

As an Admissions counselor, she considers it her privilege to help pass along the blessings of a Catholic liberal education. “I have the opportunity to invite young people into our community,” she explains. “As a student here myself I began to understand the meaning of true freedom as I was given the opportunity to learn the timeless truths that, when understood under the light of faith, truly set us free. What a gift! I want others to have this incredible gift as well.”

Follow this blog over the next two weeks for regular updates from the 2017 High School Summer Program!