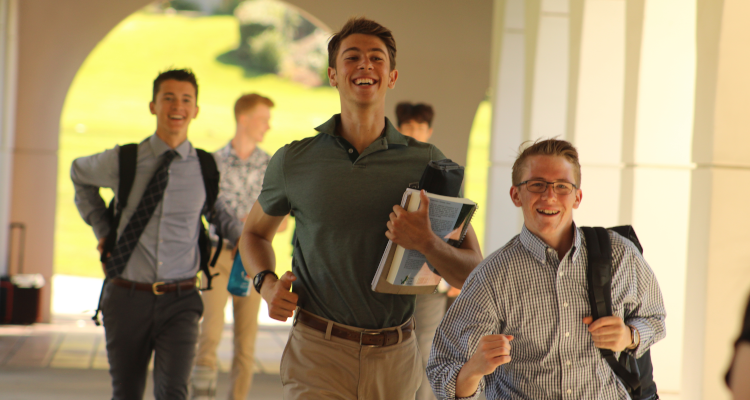 Proving that they are truly tireless — or, at least, that they will sleep for the first 24 hours when they get home — some 30 programmers and prefects rose extra early this morning for a sunrise hike. Head women’s prefect Hope Ascough (’22) led the expedition, which left campus at 5:30 a.m. and into the adjacent Los Padres National Forest for the “Punch Bowls,” two refreshing (but cold!) spring-fed pools about 3.5 miles from campus. “The coolest thing,” said student Peter H., was that “whoever you were walking with, you got to know a bit better — hiking is like that.” Added fellow programmer John Paul B., “The water was freezing, and it was fun singing songs on the way down!”

Back on campus, some students went to the early Mass before all gathered in St. Joseph Commons for breakfast. Today marks the penultimate day of classes and, with it, the sad realization that the California 2022 High School Summer Program is quickly coming to an end. Eager to make the most of their remaining time on campus, the students took on the day’s classes — Euclid and Boethius — with the same gusto that characterized Wednesday’s quad run. 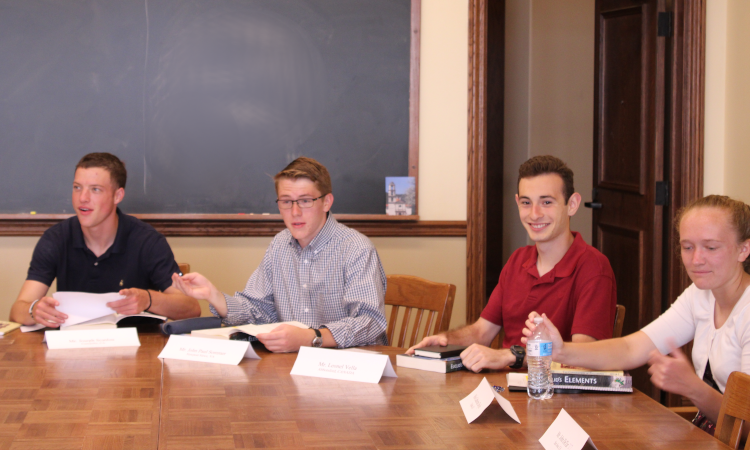 This morning’s session marked the fourth and penultimate class on Euclid’s Elements, and the students have become quite adept at demonstrating propositions. Today they confidently worked their way through Book I, Propositions 11, 13, and 15, amazed that something that seemed so foreign and complicated — only days ago — is now so familiar and comprehensible.

At lunch students were still talking about last night’s Theology on Tap with Fr. Sebastian. They then went to the afternoon’s class, where they discussed Boethius’ treatment of the difference between chance and Providence, comparing it to Sophocles’ depiction of fate in Oedipus Rex. Alas, today’s class marks the end of the Boethius portion of this year’s program. In tomorrow’s afternoon session — the last class of California Summer 2022! — students will examine Flannery O’Connor’s “Everything That Rises Must Converge.”

Before then, though, there is still much fun to be had! This afternoon students battle against prefects on the Summer Program Basketball Tournament, and tonight is the last dance practice!

Meanwhile, as promised, here are the photos of the classroom sections — the groups that, together, have met for class each day and delved into the Great Books. From these discussions have formed deep friendships that will endure long after the Summer Program has come to an end: