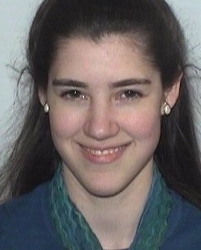 Writing for the National Catholic Register, Mrs. Feingold offers an intriguing counter-argument: What if the burden on priests is not too heavy, but too light?

Drawing upon her Aristotle and Aquinas, Mrs. Feingold examines “the relation between good actions and willpower” as well as “the intermediary role played by habits and virtues.” Just as the runner prepares for a marathon by first running much shorter, and then progressively longer, distances, the Christian builds up virtue through small, regular actions — such as prayer and fasting — that in time make much greater disciplines, such as celibacy, tenable.

To build a good habit (of fasting, or skipping the donuts, or holding our tongue and horn on the highway, or working without intermission) is indeed difficult, and requires great and as it were active exercise of willpower; and of willpower in this sense, we are perhaps in limited supply. But it does not follow that we ought therefore to resign ourselves to daily mediocrity; for to exercise a good habit in proportion to its existing intensity is far less difficult than to build up the habit in the first place. … And of course, as more and more good habits are gained in this fashion, the exercise of the will itself becomes a habit, so that eventually even the initial problem of limited willpower becomes itself moot.

As regards the scandal, she argues, “The problem in the priesthood is not so much that priests are required to be celibate as that there is not enough stress on celibacy and the sort of self-restraint and self-discipline that supports celibacy.” What the Church, its priests, and we all could use, then, is not to surrender the fight for holiness, but to take it on ever more vigorously, availing ourselves daily of all the prayers, devotions, and sacrifices that make it achievable.

A wife, the mother of two small children, and a doctoral student in English at The Catholic University of America, Mrs. Feingold writes regularly for the Register. Other recent articles include: The Death Penalty and the Nature of Human Government, Why the Martyr Wears a Crown, and Sanctity Has a Beauty That Will Save the World.