The Practice of Law: Matthew Kelsey (’95) 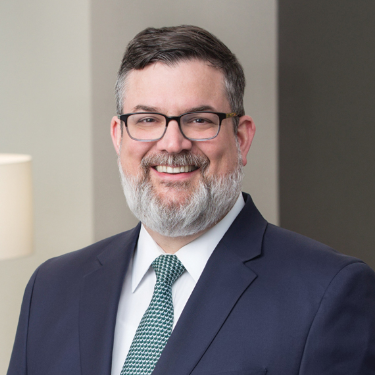 Mr. Kelsey came to Thomas Aquinas College in 1991 on the advice of his father. “He was very favorably impressed with the quality of the education my brother, Sean, received,” Mr. Kelsey recalls. “I had planned on staying out on the East Coast and attending either Boston College or Rutgers University. My father persuaded me to give TAC a chance for a year, on the theory that, if it was not a good fit, my credits earned would transfer out to a different school, but that credits earned at BC or RU would not transfer in to TAC if I didn’t like a ‘big school’ environment.”

He is glad he heeded that advice: “When I got to TAC, I found myself very engaged with the program and academics, and I realized that TAC’s Great Books program and seminar style, coupled with a culture that valued academics, was a very good fit for me.” After graduating from the College in 1995, Mr. Kelsey still found his way to Rutgers, where he earned his J.D. in 2000.

He has since been practicing law for over 20 years, developing a focus on business reorganization and restructuring. “Starting in late 2001, there was a wave of very high-profile bankruptcies (Enron, Global Crossing, MCI/WorldCom, among others), which drove demand in the legal market for restructuring lawyers,” he says. “I was lucky enough to ride that wave into a new job in New York City at one of the country’s premier bankruptcy firms (Weil Gotshal) that was representing these companies.” Catching that initial wave brought him to further and further shores: Kramer Levin, Gibson Dunn, and now Alston & Bird.

Mr. Kelsey’s remarkable career further adorns the constellation of alumni lawyers, and lends gravitas to his advice for TAC students who are interested in law. “The practice of law is not for everyone,” he says, “and so it may make sense to take a year or two off between TAC and law school to work at a firm as a paraprofessional to see whether law-firm practice is a good fit.”

Often, Mr. Kelsey says, he finds himself marveling at how often the demands of his profession echo his days at the College. “My background at TAC has been a tremendous influence on me as a lawyer,” he reflects. “The program was rigorous and required taking texts seriously and thoughtfully. As it turns out, while the subject matter is quite different, many of these skills translate near seamlessly to the practice of law.”