From the time of its founding in California 50 years ago, Thomas Aquinas College has been committed to naming its buildings for our heavenly intercessors and guides, the saints. Ever since opening the New England campus in 2019, officials have looked to extend this tradition eastward. Now, with renovations to five of the campus’ key buildings complete, these structures will become the first to take on new, saintly designations.

“Our benefactors appreciate our desire to place models of holiness before our students at all times, and they have graciously worked with us to choose the appropriate patrons for each of these buildings,” says Dr. Michael F. McLean, who stepped down as president of Thomas Aquinas College in May. “They have also been supportive of our effort to preserve the history of this century-old campus, which is why these buildings’ plaques and masonry will continue to feature the names of the people who originally made this campus possible, even as we, in our words and on our maps, give honor to the saints who light our way.” 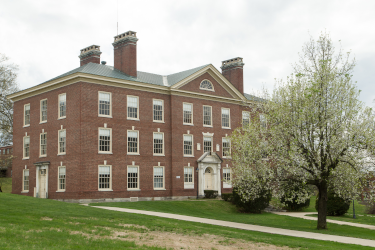 Nearly 100 years old, Palmer Hall has served these last three years as the lone classroom building at Thomas Aquinas College, New England. In light of its age and the weight of near-constant student traffic, it has required some of the most extensive renovations of any of the buildings currently in use. Thanks to the immense kindness of anonymous benefactors, these now-complete renovations have included the installation of a new copper roof, restoration of the building’s façades, and new paint for its classrooms and laboratories.

For the hall’s patroness, the benefactors urged St. Gianna Molla, who beautifully combined a physician’s mind with a mother’s heart and the faith of a true disciple of Christ. With this uncommon blend of virtues, she is a model for all students at the College — and a fitting patron of the pursuit of truth which takes place daily throughout the hall named in her honor. 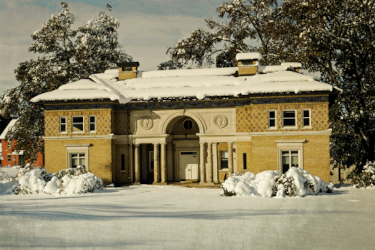 An exquisite architectural homage to the Italian Renaissance, Kenarden Hall was built in 1913 as an administration building. It continues to serve that purpose for Thomas Aquinas College today, housing offices for the dean, the chaplains, and Admissions, while also serving as the place of welcome for guests to campus.

With the support of the same benefactors who funded the renovation of the Bl. Frassati Student Center, the College was able to refresh the building’s paint and carpeting, while also refurnishing its offices and installing a backup power generator. Considering the important yet non-glamorous demands of day-to-day management, benefactors endorsed St. Thomas More as the building’s patron — a saintly administrator who regarded all work as the service of God. 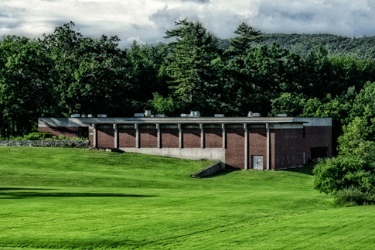 The 50-year old Meany Center is being rechristened in honor of Pope St. John Paul II, who championed fitness in the life of the Christian. The 20th century saint is also the patron of the newly completed athletic center at TAC-California, and the shared name testifies to the common mission of the two campuses.

It was benefactors June and Jack Heffernan who recommended the new name and who have funded many of the Athletic Center’s renovations: resurfacing the gymnasium floor, adding a scoreboard, refurnishing the workout rooms, refinishing the dance studio, and repainting the interior. Meanwhile, College Governor Angela (Andersen ’87) Connelly and her husband, Jack, have restored the aquatics center, resurfacing the pool and installing new pumps, filter systems, and electrical equipment.

In gratitude, the pool area is now called the Connelly Family Aquatics Center, and it houses a statue of St. Joan of Arc, to whom the Connellys have a strong devotion. And at the Heffernans’ request, the Pope St. John Paul II Athletic Center’s gymnasium has been dedicated to Dr. Thomas E. Dillon, thus preserving the memory of the College’s late president — and their dear friend — in New England. 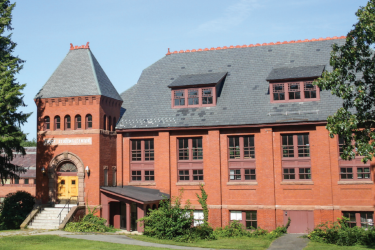 Some 76 years after its construction in 1895, the Skinner Gymnasium — a neo-Victorian building at what was once the Northfield Seminary for Young Ladies — underwent a major transformation, becoming the Tracy Student Center. Some 50 years later, the center was due for another upgrade, which was made possible through the gift of a generous, anonymous couple. Through this couple’s support, the College has installed air conditioning, resurfaced the floor, and refurnished the kitchen and restrooms. Moreover, it has restored a balcony running alongside the interior of the center to create a fully unified student space.

The benefactors who funded these improvements proposed a patron to whom they have a special devotion: Bl. Pier Giorgio Frassati, an early 20th century Italian university student who died at the age of 24. Widely recognized as a patron of young people, and known for his love for God and the poor, Bl. Frassati will provide a strong example and intercessor for the College’s students. 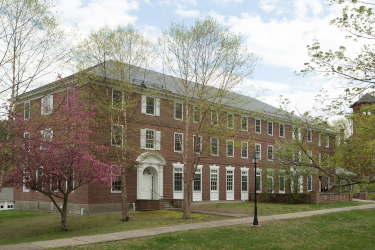 Built in 1937 in the colonial style so characteristic of New England, Merrill-Keep is one of two men’s residence halls on the Northfield, Massachusetts, campus. Friends of the College Michele and Donald D’Amour generously contributed the funds to renovate the building in 2018, and they also suggested St. Augustine as its patron — a choice enthusiastically confirmed by both the faculty and the Board of Governors.

“In addition to being one of the original doctors of the Church, St. Augustine was a great example of a flawed man who learned the value of seeking the truth,” says Mrs. D’Amour. “As the students progress through their college life, they will be reminded of the lessons Augustine learned through his rocky life’s journey, and above all that ‘to fall in love with God is the greatest romance; to seek Him, the greatest adventure; to find Him, the greatest human achievement.’”