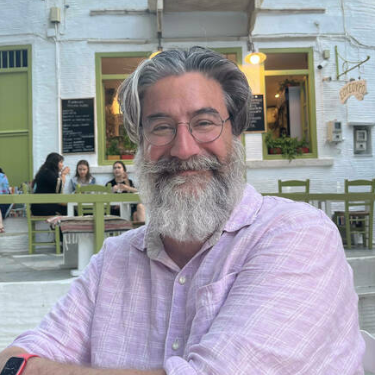 “Why does it seem to be the mind’s specific function to know the world?” asks Dr. Sean Kelsey (’92) in his book Mind and World in Aristotle’s De Anima, published in 2021 by Cambridge University Press. For Dr. Kelsey, however, that question is much older than his book. He’s been grappling with it in one way or another since he attended Thomas Aquinas College some 30 years ago.

Dr. Kelsey first visited the College as a high school student in the late 1980s, because “my parents were keen on TAC.” His visit left him keen, as well — at least on the charms of Southern California. “I grew up in New Jersey. It was my first time in California,” he recalls. “It was February, and not during a drought, so everything was very green and lush. The place seemed enchanted!”

When he returned as a student, the College’s integrated curriculum deepened that sense of enchantment. “It was at TAC that I first encountered the authors I work on the most as a scholar, Plato and Aristotle,” says Dr. Kelsey. “I began to learn firsthand that their texts repay careful study: The harder you push them, the harder they push back.” 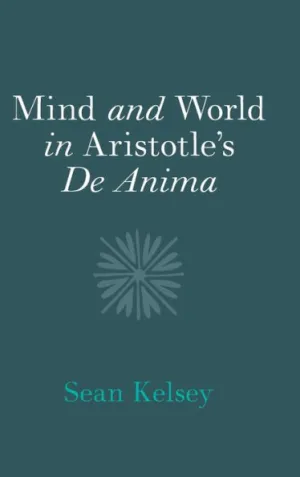 In all that time expounding these masters, Dr. Kelsey has been especially fascinated by Aristotle’s treatise about the soul, the De Anima. Now, thanks to his years of pushing Aristotle, Dr. Kelsey’s new book distils the philosopher’s potent understanding of the soul and, in particular, the rational soul.

“My question, roughly put, is about Mind and World,” writes Dr. Kelsey in the book’s introduction. “What about the one makes it such as to know the other — that is, to perceive and to understand honest-to-God truths about honest-to-God beings? My principal contentions will be, first, that the question is Aristotle’s, and second, that the nub of his answer to it is that in a way Mind is World.” Dr. Kelsey deploys this contention to elucidate some of Aristotle’s more perplexing positions in the De Anima, such as the notion that sensibility is a ratio, or that the intellect is separate and incorporeal.

Given his years of assiduous attention to Aristotle’s philosophy, it is no surprise that Dr. Kelsey’s book has been well received by his fellow scholars. “Nearly all of Aristotle is hard. But the ideas and texts at the heart of this book are some of the hard hards,” writes Evan Keeling in the Bryn Mawr Classical Review. “I learned much reading it. This book is a worthy addition to the growing literature on Aristotle’s De Anima.”

The book’s success has not dispelled Dr. Kelsey’s fascination with the masters of ancient philosophy. “I have come to think that both Plato and Aristotle, in addition to their transcendent excellence, really lend themselves to teaching philosophy,” he reflects. “Their ‘world’ is not so familiar that we feel complacently at home there; but neither is it so alien as to be of purely antiquarian interest.”

Dr. Kelsey has been an attentive pilgrim in that world for 30 years. He aims to continue there for many years yet.