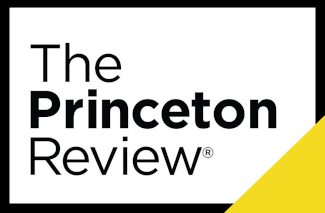 Thomas Aquinas College is one of the nation’s top colleges for students who are seeking an excellent and affordable education that will prepare them well for any career, according to The Princeton Review.

The education services company has named the College to its list of the 2021 Best Value Colleges, one of only 200 schools nationwide, and one of only two that are also included on the Cardinal Newman Society’s annual list of faithfully Catholic colleges and universities.

“The colleges that we designate as our ‘Best Values’ this year are truly a select group: they comprise only about 1.2 percent of the four-year undergraduate institutions in the U.S.,’ says Rob Franek, editor-in-chief of the Princeton Review. “The 200 schools we chose are those we recommend as offering the best ROI (Return on Investment). Our ROI rating tallies considered more than 40 data points, broadly covering academics, affordability, and career preparation.”

Among those data points were surveys that the Princeton Review conducted among administrators at more than 650 colleges. The company also factored in data from its surveys of students attending the schools as well as alumni salary and job-satisfaction figures.

“We are pleased to be named one of the Princeton Review’s Best Value schools,” says Jon Daly, Thomas Aquinas College’s director of admissions. “It’s an affirmation that our rigorous program of Catholic liberal education, which is rooted in fidelity to the teaching Church and employs the Great Books of Western civilization, can succeed by any measure. It’s also a recognition of our robust financial aid program, which makes this one-of-a-kind education affordable for any family.”

Yet more notable still is the emphasis that the Princeton Review places on career preparation, given that the College considers its classical curriculum an education undertaken for its own sake, rather than any sort of job training. “We don’t provide students with specific job skills, which can soon become outdated,” explains Mr. Daly. “Rather, through their deep study of the great works in all the major disciplines, our student hone their skills of reason, analysis, and communication. They learn to become even better learners, fostering an intellectual agility that will allow them to thrive in any career or vocation.”

The Best Value Colleges are, in effect, those that offer the most value among those schools included in the Princeton Review’s annual guide, The Best 386 Colleges. “Every school we selected offers outstanding academics, generous financial aid and/or a relative low cost of attendance, and stellar career services,” says Mr. Franek. “We salute Thomas Aquinas College for these exceptional offerings and recommend it highly to college applicants and parents.”