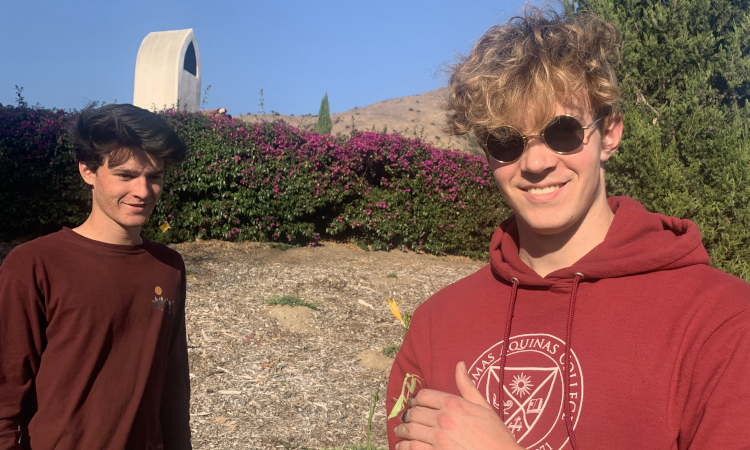 Jean-Henri Fabre, the prominent 19th century entomologist, is well known among Thomas Aquinas College’s faculty, students, and alumni for his unique and lively take on the study of insects. Every year the Freshman Class embarks on the task of embracing a Fabre-like approach to Natural Science by collecting and observing different insect species. This past week freshmen on the California campus completed their turn at the “Bug Project,” as it’s come to be known.

The annual rite begins with freshmen organizing themselves into groups of two or three to capture insects and study their behavior. They then categorize their finds according to the most prominent distinction they notice. This division can stem from the insects’ behavior, anatomy, or any other characteristic the students recognize, as long as it demonstrates some order among them. At the end of the project, each group presents and explains its method of division.

The Freshman Bug Project serves as an important foundation for the College’s consideration of the natural sciences by widening the cold and rigid lens of modern scientific study. Freshmen get an opportunity to gain personal experience with the subject of their studies. “The Bug Project was lots of fun,” says Jack Webb, a freshman on the California campus. “It’s an entirely new view of science.”

The project also incorporates many of the prominent themes of the Freshman Natural Science course, including the categorization of living things and the study of the relationship between an animal’s behavior and design. It is a key example of the College’s speculative approach to Natural Science. 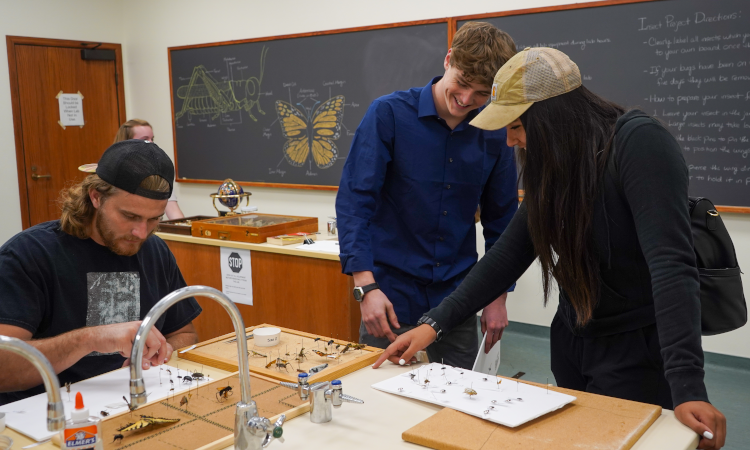