The Gods in the Kitchen

Why We Read Jean Henri Fabre

Note: The following remarks are adapted from Dean Brian T. Kelly’s report to the Board of Governors at its February 11 meeting. They are part of an ongoing series of talks in which Dr. Kelly explains why the College includes certain authors in its curriculum.

In his treatise on the Parts of Animals, Aristotle tells a story about the ancient philosopher Heraclitus. Heraclitus was warming himself by the stove one day and some nervous disciples hesitated to disturb him in such a domestic setting. But he urged them to enter, saying, “There are gods even in the kitchen.”

It’s a funny little snippet, but Aristotle wants us to learn from it. It is important not to become so high and mighty that we scorn the little and humbler things. For the one filled with the desire to know the truth this is especially important. When we turn our attention to the animal kingdom we cannot always be studying elephants and lions. Even those littlest of creatures that are not particularly pleasing to the eye can reveal the beauty of the inner workings of nature and the fingerprints of the Divine Architect. 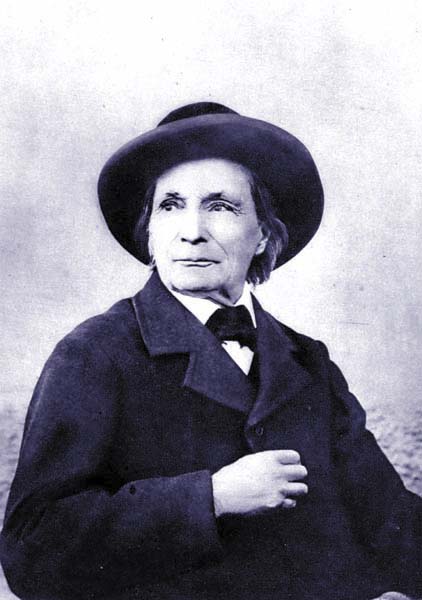 Here at Thomas Aquinas College, in our first year natural science course, we turn to the study of biology and try to instill in our freshmen that openness to learning from the behavior of snakes and pigeons and termites. In this effort there is one figure who towers above the rest, and that is Jean Henri Fabre. He is most famous as an entomologist, but his interest in the world of nature was broad and voracious. He was not interested in mastering nature so much as in learning what nature had to teach. His attitude of wonder and docility led him to spend countless hours looking attentively at the world of little creatures. Occasionally his neighbors thought him quite mad when they saw him at the side of a country road staring at the ground, apparently at nothing, for hours on end. Charles Darwin referred to him once as “the inimitable observer.”

Why did he observe so carefully? He was blessed with a burning scientific curiosity. From his earliest days he wanted to see and understand for himself. He focused on the world of insects because he wanted to understand the workings of instinct and the demarcations of intelligence. This ultimately touches on the question of the human intellect and divine providence.

It touches on human intelligence by default. The study of instinctual behavior helps us to understand practical deliberation by contrast. A careful study helps to avoid the kind of fuzzy thinking that attributes human intelligence to lower creatures.

Let me give an example. One of Fabre’s contemporaries made observational experiments with burying beetles. He put a stake in the ground and tied a rodent carcass to the top of the stake. He reported that the burying beetle solved the difficulty by digging at the base of the stake. This caused the stake to topple, leaving the rodent flat on the ground so that it could easily be buried.

The conclusion drawn was that the burying beetle had the problem-solving intelligence of an engineer. Fabre was suspicious. For years he had lived on intimate terms with his friends the insects. He knew enough to suspect foul play. He painstakingly made his own careful observations and showed that the burying beetle will indeed dig at the base of the stake, but only if the carcass hangs along the stake and low enough to touch the beetle’s back. If the carcass is elevated just a little higher, the beetle will not dig. If the carcass is hung low enough, but not along the stake, the beetle will dig, but only below the carcass. This fits with its universal instinct. It buries by clambering below and digging underneath the corpse. It digs in response to the weight on its back.

I also said that studying instinctual behavior can lead us to see divine providence. How so? The instinctive behavior of the insect tends to be ingenious in its economy, efficiency, and expertise. Witness the bees, who form the cells of their hive using the geometric form most conducive to saving space — the hexagon. Witness the cabbage caterpillar weaving its cocoon so that it is almost impossible to enter, but child’s play to exit. Witness the languedocian sphex so surgically adept when it comes to numbing its prey, the ephippiger.

Fabre is moved to speak here of the “wisdom of instinct.” But when anything departs from the usual situation, these remarkable insects are powerless to adapt. The sphex digs a grave and then stuns the ephippiger and drags it to be buried alive as food for its young. Fabre interferes at the tail end of the process and steals the ephippiger. The sphex is confused for a while but proceeds to carry out the remaining futile steps of the process, filling in the hole as though there were something in it to be buried. The process is brilliantly designed, but the insect, which carries out the plan, does not understand it. Fabre is moved here to speak of the “ignorance of instinct.”

But how can this be that the action is wise and the agent is ignorant? Fabre says that such observations point to the workings of a divine architect. The sphex behaves wisely because it has been instructed to this by means of its God-given instinct. St. Thomas Aquinas uses the analogy of the archer and the arrow. The arrow flies true and hits the target because another, the archer, has directed it so. Indeed during our high school program we ask the students to read a chapter of Fabre together with Aquinas’ fifth way, his proof that God exists from the governance of nature. There is an old saying that the devil is in the details. But here Fabre found God in a close study of the littlest and humblest of God’s creatures. As Heraclitus would say “There are gods even in the kitchen.”

Fabre, a man of little means, spent much time teaching and writing. He is especially known for his voluminous work, Souvenirs Entomologiques. A hallmark of his writing is clarity and flair. He wrote with a charming style that caused some in the scientific community to dismiss him and others to love him. His special ability to convey the beauty and order of God’s creation led his student, Georges Victor LeGros, to label him “the poet of science.” This accessibility and charm make Fabre especially proportioned to the beginner, but he can be read with delight by all. Many of his works are available online and can be read in small doses. There is a wonderful collection called The Insect World of J. Henri Fabre that we use. I especially recommend his chapters on the dung beetles and his gruesome account of the praying mantis.