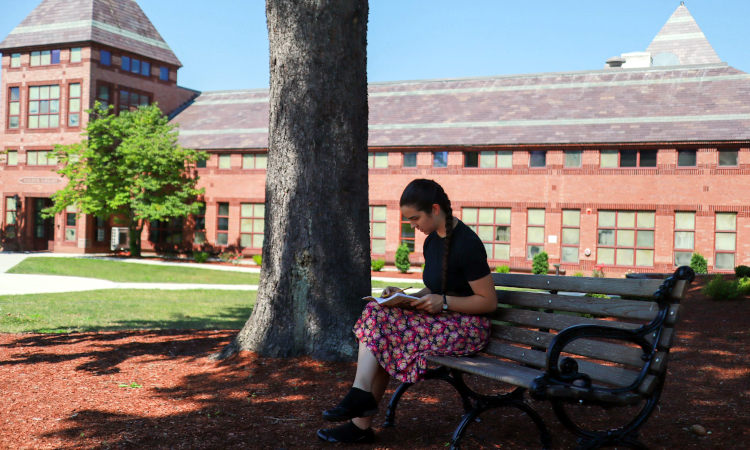 If students on the New England High School Summer Program are a feeling a bit tapped out after Wednesday’s full night of night activities, they aren’t showing it!

With only two full days to go, the programmers seem determined to give their all in both their classes and their activities. After an early morning with the 7:45 Mass and breakfast, their minds turned to Euclid for their first class of the day. More confident than ever before, the students skillfully demonstrated Propositions 11, 13, and 15 from Book One of the Elements. Many were starting to gain an appreciation for concepts they had taken for granted before, such as the fact that any line intersecting a straight line will create two angles that are either right or equal to two right angles. “It’s the kind of stuff you don’t think about when you’re given these facts in high school geometry,” noted Gabriel S.

Conversations about Euclid, Boethius, and last night’s Chaplains on Tap filled the dining hall as students munched on pizza and garlic bread for lunch. Some, thinking about the future, began asking prefects about TAC campus life and academics — all of which should make for good questions at this afternoon’s planned Admissions talk.

After lunch, students were greeted with their final class on Boethius’ The Consolation of Philosophy. In today’s reading, Boethius questions Lady Philosophy about the difference between chance and Divine Providence, sparking discussions about the Final Judgement and free will. Sections contemplated whether God has full control over all things, and how the idea of free will ties into His grand plan for the universe. The tutors helped guide students in considering these difficult questions, and students left with a better understanding of their role as humans and children of God.

What a way to spend a day! Come back to the Summer Blog tomorrow to see how they spent their night! 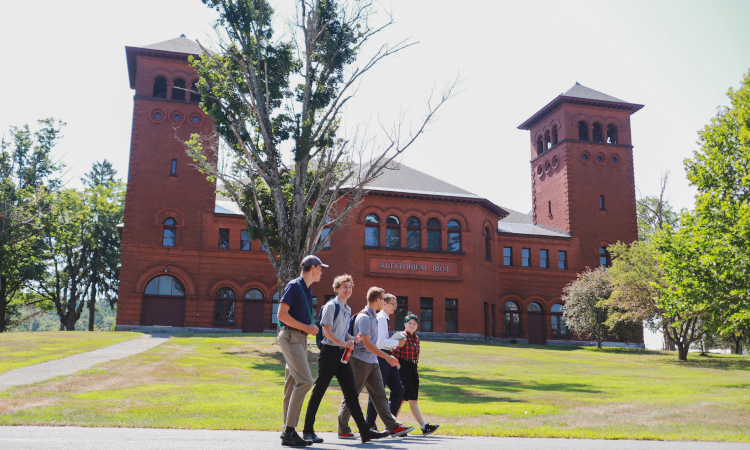