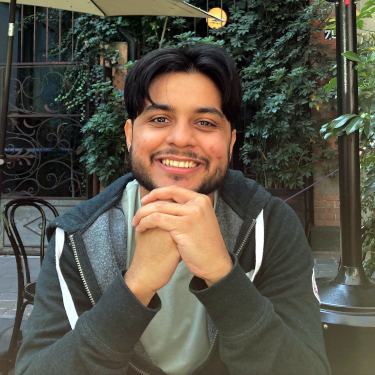 Dappled Things has announced the finalists for its 2022 J.F. Powers Prize for Fiction, and among the 28 authors selected is recent Thomas Aquinas College graduate Jose Hector Guardiola (’19).

“When I was a senior at the College I wrote a short story called ‘Lilies for the Harvest,’” Mr. Guardiola recalls. “During quarantine I sent the story to The Journal of Southwestern American Literature, to Blood Pudding, a few others, and all of them sent back a top-tier rejection. Then I thought seriously, ‘What audience is this for?’ The answer was: ‘Other Catholics.’ So I sent it off to Dappled Things for their J.F. Powers competition — and now it’s a finalist!” In earning this honor, Mr. Guardiola joins another TAC alumnus, Nnadozie Onyekuru (’17), who was among the finalists for the 2021 prize.

For Mr. Guardiola, this is an exciting step on the way to fulfilling his lifelong desire to write professionally. A prior step, however, was attending Thomas Aquinas College — albeit one his younger self would have never foreseen.

“When I was 14 I decided I wanted to be a writer,” he explains. “But I thought I had to move to New York or L.A. or San Francisco and be a bum if I wanted to be any good at writing. My dad told me I couldn’t do that; that I should go to college. I must not have been too dedicated to being a bum, because I listened to him.”

He planned to attend a college for creative writing, but first decided to take what would be a fateful gap year after high school. “During that gap year I became obsessed with Flannery O’Connor after I heard about her in a punk-rock song,” he says. This obsession with the 20th century Catholic novelist led Mr. Guardiola first to the Catholic faith, and then to Thomas Aquinas College. “She wrote, ‘If you want to be a writer, you have to read the great books,’” he recalls. “I went to TAC to read.”

Since graduating in 2019, Mr. Guardiola has steadily pursued his goal of becoming a professional author, currently studying at the prestigious Iowa Writer’s Workshop hosted by the University of Iowa — of which none other than Flannery O’Connor herself was an alumna.

But writing, for Mr. Guardiola, is more than a glamorous career choice. “Literature brings me closer to God,” he reflects. “Writing and reading stories is how I pray. It makes my heart grow. When we write, when we read, we embrace flawed characters. Fiction poses the trial, ‘Can you love this sinner?’ To which any good writer or reader says, ‘That’s what I was put here to do.’”