Angela (Andersen ’87) Connelly Publishes Paean to “Mothers of Many” 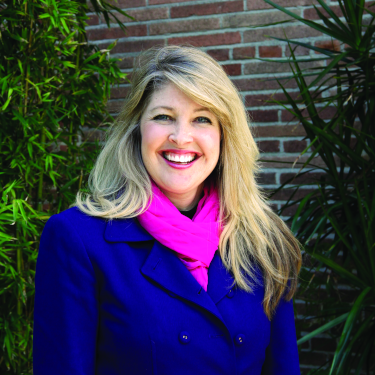 Angela (Andersen ’87) Connelly wears many hats: She is a member of the Thomas Aquinas College Board of Governors, a pro-life activist, and a community organizer — not to mention a mother of nine. And she can now add “author” to that list. Mrs. Connelly’s new book, The Crowded Table, is a timely paean to “the brave and beautiful choice to mother many.”

Contempt for large families is increasingly common worldwide, but Mrs. Connelly is inclined to interpret that disregard in a charitable light. “So many in our culture have no experience with large families,” she explains. It was her time as a student at the College, where many students come from large families, that she had her most direct encounter with the phenomenon. “I was immersed in the beauty of big family life! I fell in love with this call, and I want the wider world to get a glimpse of this very real beauty and joy that is often unseen and misunderstood!”

Every opportunity she has had over the years, Mrs. Connelly has given witness to the raucous beauty of a big family. “I’ve been able to share the joy of mothering many children as a newspaper columnist and through other media outlets,” she recalls. At a certain point, however, she realized she could do more. “I felt now was the moment to write a book and invite other women to share their stories.” 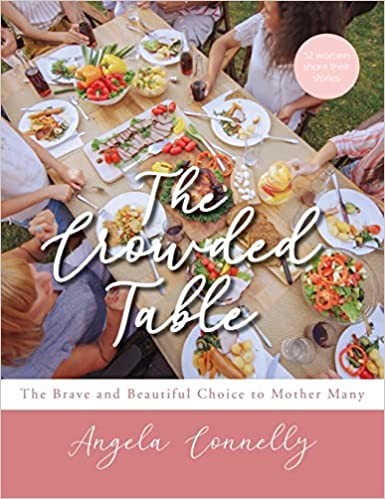 So she did. “In addition to my own musings throughout the book,” Mrs. Connelly says, “52 ‘mothers of many’ also contributed essays.” Contributors include Mrs. Irene Grimm, who with her husband William, entrusted no fewer than 14 children to the College’s formation in its early years. Many College alumnae also contributed essays, including Mrs. Connelly’s eldest daughter, Catherine (Connelly ’11) O’Brien, Wendy-Irene (Grimm ’99) Zepeda, Molly (White ’87) Smillie, and Karen (Stuart ’88) Kelly. The result is a tapestry as varied as any big family. “It’s a visual delight,” says Mrs. Connelly, “with art, poetry, prayer, philosophy, and Scripture — and laced throughout with humor.”

Mrs. Connelly hopes the book will be of service to the mission of big families in the wider culture. “The proceeds from the book will be donated to some of the nonprofits which these women have founded, supporting vulnerable mothers and babies, as well as to Thomas Aquinas College,” she says. “It’s time to show the world this hidden treasure.”