Why We Study Mathematics 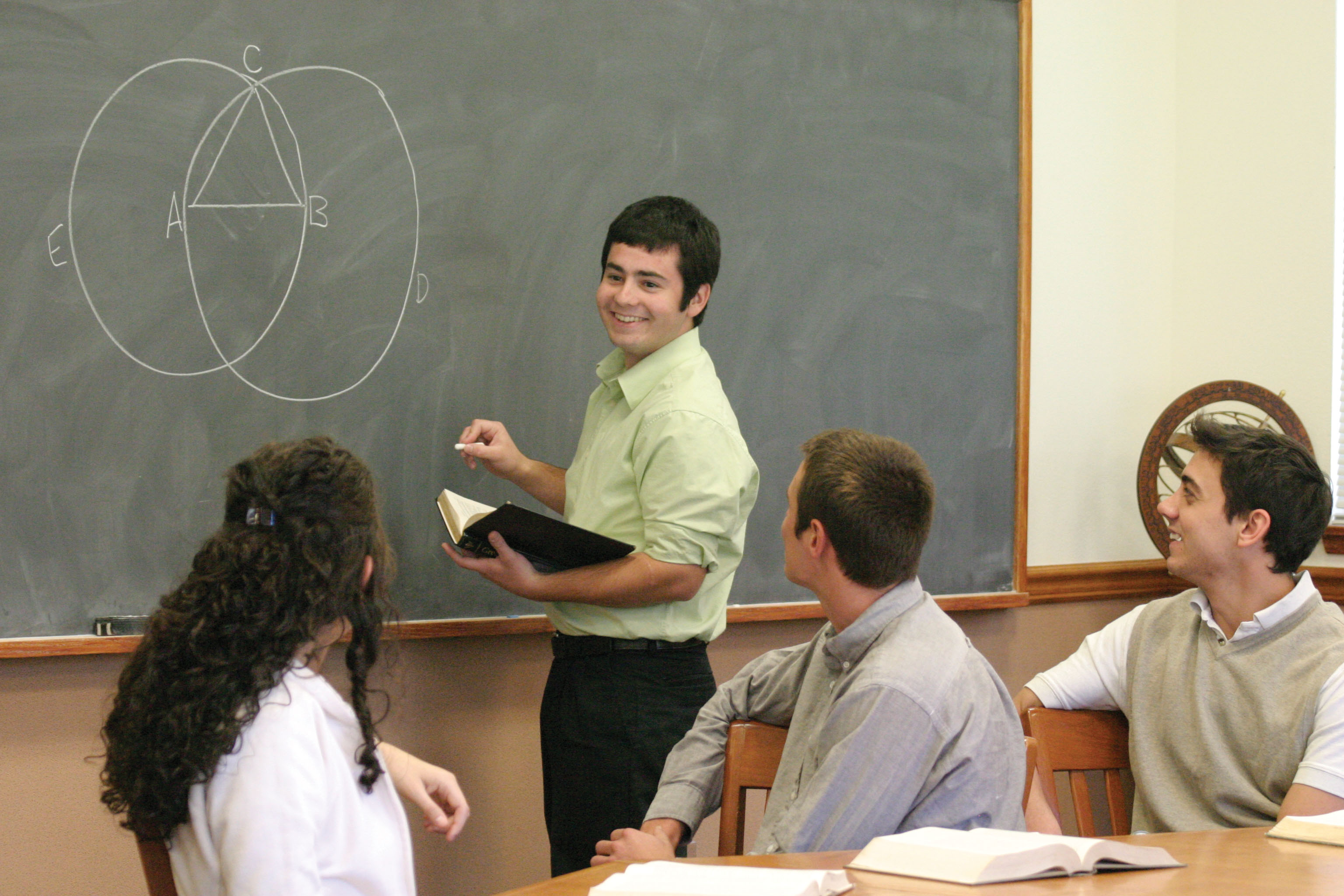 Note: The following remarks are adapted from Dean Brian T. Kelly’s report to the Board of Governors at its fall 2010 retreat. They are part of an ongoing series of talks in which Dr. Kelly explains why the College includes certain authors in its curriculum.

Thomas Aquinas College aims at liberal education under the guidance of the Faith. This sounds fairly straightforward. But the same thing could be said about many colleges, both now and in the past, that look or looked quite different from us in practice. Today I want to talk about one feature of the College’s curriculum that makes it quite distinct from other Catholic liberal arts colleges. Our students study mathematics from the semester they matriculate to the semester they graduate. A Thomas Aquinas College student receives the diploma only after completing a total of 28 math credits. This exceeds the requirements for a math minor at most colleges and universities, and several graduate programs have credited our graduates as such.

Besides the “mathematics” courses, our students do advanced math in both the junior and senior natural science courses as well. This is, in fact, a stumbling block for many students attracted to our focus on the discussion method, the great books, and our commitment to the Faith. Our admissions director could testify that we have lost many good prospects when they realized the extent to which our curriculum focuses on math.

If all of our efforts are directed toward the comprehension of divine truth, what led our founders to commit so much time and energy to math, a science and discipline so apparently other than theology? Why math? Why so much math? Why such difficult math?

The founding document of Thomas Aquinas College, A Proposal for the Fulfillment of Catholic Liberal Education, quotes Hugh of St. Victor as describing the liberal arts as “certain ways by which the lively soul enters into the secrets of philosophy.” So how do considerations of quantity and the quantitative open the door to the riches of philosophy and theology?.

Mathematics serves to lay a strong foundation for the intellectual life in at least four ways:

Let me say a word about each of these. Firstly, skepticism destroys the possibility of education. A mind that thinks it cannot know anything is unteachable. Skepticism is a disease of our age. The healthy mind, on the other hand, knows that it knows some things and hungers to know more. When our students contemplate the theorems of Euclid, they see and understand that they are capable of real knowledge. Skepticism is simply not an option when presented with the clarity of mathematical demonstrations.

Secondly, math strengthens and expands the ability to reason well. A careful and continuous study of math will produce in the student a lively sense of what it means to make a cogent demonstration. To make any progress in the life of the mind, you have to be able to make and recognize a good argument. This is why Plato would not allow any student into his academy who had not studied geometry. This is why Abraham Lincoln, even when he was an elected U.S. representative, spent private time memorizing the first six books of Euclid’s Elements. And this is why our freshmen spend so many hours preparing Euclid’s theorems to demonstrate formally to their classmates. Indeed, freshman math has been called an “intellectual boot camp.” It is a challenging course, but it is very rewarding to see the students grow in confidence and ability through the year. Generally they finish with a great sense of what they can achieve with diligent perseverance.

Math is a model of clarity. Mathematical reasoning either works or it does not work. When you look at it carefully, it is manifest when you have a real conclusion. Our wants, our desires, our appetites have nothing to do with the interior angles of a triangle being equal to two right angles.

In other areas this is not the case. Take theology or philosophy, for example. It is much harder to show someone by argument that the human soul is immortal or that we should behave justly regardless of personal consequences. And here our appetites or even our fears might incline us to think one way or the other. When St. Augustine was thinking of converting, one of his biggest stumbling blocks was his sinfulness. He was afraid to accept the truth of the Faith because he knew he would have to change his way of life. But in pursuit of wisdom, we have to listen for what is true, not what we want to be true. Mathematics is an excellent preparation for this. Here we grow accustomed to recognizing good arguments and removing our passions from our reasoning process.

Thirdly, mathematics opens the mind to the wonders of God’s creation. This is true even of disembodied numbers, figures, and solids, but it is especially true in astronomy. In his Consolation of Philosophy, Boethius suggests that studying astronomy with all of its order and regularity harmonizes the soul and gives us a window into the mind of God.

When I suggest that there is a beauty and harmony to be discovered in mathematics, I should point out that we do not proceed in the same way that students do in secondary school, by means of gross repetition and calculation. We contemplate mathematical truth. In high school I memorized the Pythagorean Theorem and then applied it to solve problems. Here we painstakingly build up to the accomplishment of proving the Pythagorean Theorem and then we see how this truth reveals other great and marvelous truths about continuous quantity.

Fourthly, we suggested that mathematics prepares the mind for a quantitative analysis of the natural world. And this is not really different from our claim that math opens the mind to the wonders of creation. After all, according to the Book of Wisdom, God “arranged all things by measure and number and weight.” So in preparing the student for the more modern experimental sciences, we are preparing them to delve into nature as God made it.

We are not gathering students from around the world to contemplate their navels or even to think fuzzy, sweet thoughts about Jesus. We do not aim at this caricature of a liberal arts student. We want to help young minds make a good beginning on the road to wisdom. This is very difficult and takes sharp and careful reasoning. A heavy mathematical foundation sets the bar high, but it also helps strengthen the mind for the heavy lifting that must be done.