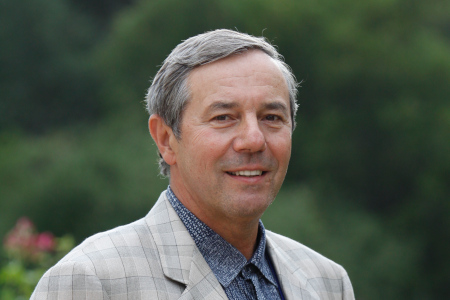 Having earned a Bachelor of Arts degree in Hotel Administration from Heidelberg Hotel School, Mr. Huckestein was subsequently the recipient of an academic scholarship at Cornell University’s School of Hotel Administration. He holds a diploma in International Business from Columbia University and an honorary doctorate degree from Webber University. He is also a member of the West Coast Ventura-North Los Angeles Chapter of Legatus, an organization for Catholic CEOs.

Mr. Huckestein was the 2006 President of the International Hotel & Restaurant Association and the 2004 Chairman of the American Hotel & Lodging Association. He served on the board of Unified Western Grocers and was a member of the President’s Advisory Council at California Lutheran University. Mr. Huckestein is also the recipient of the Academy of Hospitality Lifetime Achievement Award, a prestigious award that recognizes outstanding hoteliers for demonstrated leadership and skill, and for substantial contributions to the global hospitality industry.

Mr. Huckestein and his wife, Cecilia, have two married sons and four grandchildren. Cecilia holds a master’s degree in English literature and a doctorate in cognitive and educational psychology from the University of Southern California. She is an adjunct professor of psychology at California State University, Los Angeles, and the author of numerous professional articles. The Huckesteins reside at Lake Sherwood, in Westlake Village, California.

Mr. Huckestein was appointed to the College’s Board of Governors in May 2007, and was elected vice chairman in May 2014. In speaking of why he was moved to serve the College in this way he says, “The Church has become so horizontal and community-focused on both academic and diocesan levels, that I was drawn to the sense of transcendence that imbues the campus and intellectual life at Thomas Aquinas College. Catholic holiness abides there.”