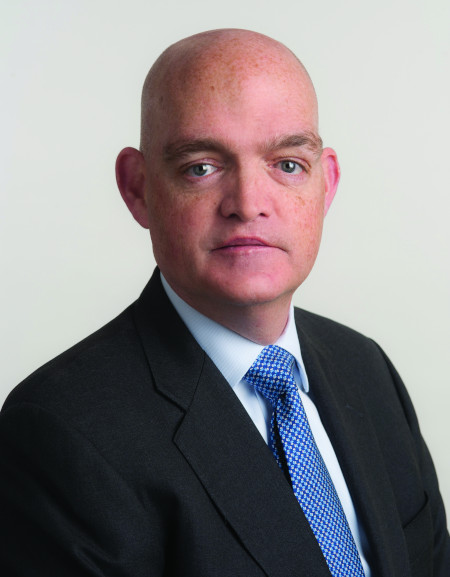 “Based on the witness of several TAC graduates, and a strong belief in the vision of the College’s founders, we sent our oldest son, John (’18), to Thomas Aquinas College, sight unseen,” says John J. Guinee, the newest member of the College’s Board of Governors. “Soon, three more of our 10 children — Caroline (’20), Joseph (’21), and Michael (’23) — followed. The results have been nothing short of transformational for both them and our family.”

A managing partner and founder of Constitution Capital Partners, a full-service alternative asset manager focusing on the North American middle-market sector, Mr. Guinee has nearly three decades of experience in finance. He holds a Bachelor’s of Science from Babson College and an MBA from UCLA’s Anderson School of Management, and he serves on boards of directors for eight companies comprising more than $2 billion in revenue and more than 3,500 employees.

“When I tell the people in my industry that, rather than going to conventional colleges or business schools, my four oldest children have chosen to study the liberal arts, they are shocked,” he says. “But when I tell them about TAC and its curriculum, they say, ‘Wow, I would love to go to a school like that.’ They can see the value of this program.”

Why? “My professional field is all about assessing risk, making decisions, and convincing people of your decision,” Mr. Guinee explains. “The employees that we all want to hire — the best investment banks, the consulting firms, the top corporations — are the intellectual athletes, those who are versatile enough to quickly adapt to changing circumstances and learn new skills. In a volatile world where information is coming ever faster, if your training is too specialized, or your learning is too rote, you’re going to be easily replaced.”

Mr. Guinee and his wife, Kara, first learned about Thomas Aquinas College when their children began attending Trivium, a classical high school near their home in North Andover, Massachusetts, whose founding headmaster was once a tutor at the College. “We met some other parents who were TAC graduates, and we immediately saw that there was something different about them,” he says. “They talked differently, joked differently; they were thoughtful, intellectually curious, deeply faithful. As we learned more about the College, we saw that it would be the best place to prepare our children not only for adulthood in this world, but for eternity in the world to come. They would be prepared for whatever life could throw at them.”

Their only regret about sending their children to the College was that its California campus was 3,000 miles away. So the Guinees were naturally delighted when the College acquired its New England campus in 2017.

“When we learned of the potential of TAC gaining an East Coast campus, we committed ourselves to helping in any way possible to make it a reality,” says Mr. Guinee. “We recognized that there are many other families, unable or unwilling for many valid reasons, to send their children 3,000 miles west for college, yet still desperate for them to have the benefit of a TAC education.”

Thanks in no small part to the prayers and support of the Guinees and many others, Thomas Aquinas College, New England, opened its doors in the fall of 2019. “The inaugural New England convocation was an inspirational day,” Mr. Guinee recalls. “It reminded Kara and me of the debt of gratitude we owe the original founders of the College.”

As a member of the Board of Governors, Mr. Guinee hopes to aid the College in its work of preparing students to thrive and witness to the Faith in an increasingly secular world. “These are very trying times for the Church and society, and while it is easy to despair, God has called us to be faithful,” he says. “I believe that the mission of TAC, of educating faithful Catholics, is more vital now than ever before.”