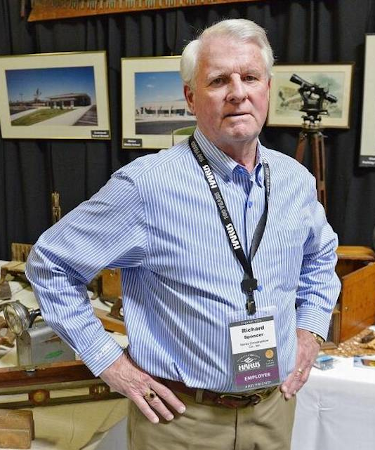 A longtime resident of Central California, Richard F. Spencer began fixing and renting out homes — with the help of his great-aunt — while still a high school student. From that young age, he manifested an entrepreneurial knack.

He continued to develop his gifts at St. Mary’s College in Moraga, California, where he earned a bachelor’s degree in economics and pursued graduate studies in real estate finance and development. “Two years after I graduated, I went into business with my father,” he recalls. “We started the real estate business and kind of hit it right in terms of Fresno.”

Mr. Spencer later launched his own real estate company, Spencer Enterprises, which constructs hundreds of units between Los Angeles and San Francisco every year. Over the years he has also purchased Harris Construction and founded three other businesses: Equipment Parts Wholesale (EPW), California Manufacturing and Engineering Company (C-MEC), and the California Consortium for Agricultural Export.

His first visit to Thomas Aquinas College came in the summer of 2010, when he and his wife, Karen, attended a seminar on the California campus. He soon fell in love with the College’s rigorous and classical training in the liberal arts, reminding him of his own education at St. Mary’s. “What I learned is how to think, and then you can move from that and be trained into anything you want,” he says. “I see that as a very classical education, where you can apply it toward anything you like.”

In the fall of 2020, Mr. Spencer joined the College’s Board of Governors, and he looks forward to participating in the effort to aid the cause of Catholic liberal education. “I will continue to do whatever I am able for the TAC mission,” he says.

Mr. and Mrs. Spencer have been at the forefront of the formation and growth of Central California Right to Life and Catholic Charities of Central California. In addition to serving for seven years as a trustee of St. Mary’s College, he has been on the California State University, Fresno, Foundation for 20 years and is a member of the Board of Trustees of the National Review Institute.

In his free time, Mr. Spencer enjoys fishing and travel, having visited 6 continents and embarked on over a dozen cruises. He also harvests 3,000 acres of almonds, is fond of collecting good wine, and loves spending time with his 6 children and 13 grandchildren.